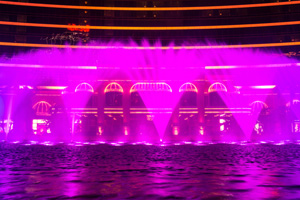 The infamous Coronavirus has been making headlines of the media all over the globe. The unexpected outburst of the disease has influenced many walks of life and the gambling sector wasn’t saved, either.

Namely, casinos in Macau, the main gambling hub in Asia, have suffered a great loss of traffic due to the virus. Visits have dropped 70% when compared to the same period of the last year. To make things even worse, the outbreak came about during the Lunar New Year festival, which is traditionally one of the busiest times for Macau casinos.

Fears of pandemic, accompanied by travel warning, quarantines, and various restrictions have produced a number of adverse effects in China and Macau is definitely feeling the blow. In the light of these recent developments, one gambling expert came forth, claiming this incident should serve as a wake-up call for the government to finally tackle the issue of online gambling regulation.

According to Jason Ader of SpringOwl Asset Management, the situation with coronavirus has pushed many gamblers to seek other alternatives. Many of them turned to illegal online sites while some have moved their action to the only other area where in a vicinity where online gambling is legal – the Philippines.

Ader explains that there was a huge 90% spike in online gambling during the Lunar New Year when compared to the same period last year. This huge number, believes Ader, is a clear signal that land-based operators should be converging with online businesses to make sure offshore operators and the Philippines, as the only country where online gambling is regulated, don’t pick up all the traffic.

China and Asia in general are pretty much the Wild West when it comes to online gambling and it is high time for the governments to wake up and start looking for a solution. Ader is of the opinion that they should follow in the footsteps of European countries and the US, where there is a strong movement towards legislation.

These measures would allow countries to collect taxes on the generated revenue instead of losing it all to offshore operations or the Philippines. Setting up a legal framework and allowing Macau casinos to get involved would be the necessary step in the right direction.

While the issue of online legislation remains up in the air, Macau operators are facing an immediate crisis that threatens to make a big impact on their profits. While most casinos still remain open, all employees must wear masks when interacting with patrons and hygiene measures have been intensified. The chief executive of Macau has the option of closing the venues down if the outbreak continues to intensify.

Not surprisingly, this has influenced shares of the gambling companies operating in Asia. Las Vegas Sands, Wynn Resorts, and MGM Resorts have all seen double-digit dips. Should the situation continue to get worse, the impact could be really big, especially for Wynn and MGM, both of which generate around 70% of their overall profits in Macau.

At this moment in time, Macau casinos are closely following the government orders with regards to increased measures to prevent an outbreak and spread of the virus. Dealers wearing masks and increased hygiene measures are just some of the ways the casinos are trying to battle the problem

According to Ader, the situation has reached the point where venues are wondering if it’s even worth keeping their doors open. He explains that the Lunar New Year is typically the busiest time of the year and it’s quite common for the daily play to double during this period. Now, however, there are very few players inside the casinos and all the extra precaution measures don’t create a pleasant environment.

Apart from stating they’re closely following the government measures, MGM and other companies operating in Macau are mostly staying silent, refusing to comment on the situation. If the coronavirus outbreak isn’t contained soon, though, they’re likely headed for a very bad financial year.