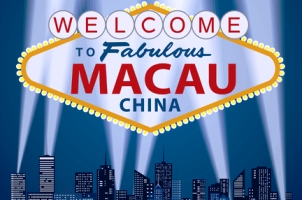 The authorities in SAR (Chinese Special Administrative Region) have confirmed four new positive COVID-19 cases, which has understandably had a significant impact on Macau’s casino revenue. The GGR had a total value of $554.5 million in August, which was a staggering 47.4% decline from July. It is worth noting that August 2021 had much better results than the same time last year when all the commercial operators in the region had a combined win of just $166 million.

The impact new cases had is seen on the stat that says that August’s GGR was the lowest monthly performance of Macau in 2021. June was second when casinos won $820 million. So far this year, Macau’s GGR is $7.73 billion, and even though it is 70% higher than last year, it is far from reaching the eye-watering $24.75 billion the gaming industry in the region won during 2019, when COVID-19 hadn’t hit.

The Impact of COVID-19

There was no positive case of COVID-19 in Macau for 500 days, until the four new cases were confirmed, and the setback that was seen during August can be explained for this reason. The authorities claimed that the outbreak occurred when a woman who traveled back from Guangdong spread the virus to her close family members, leading to a small outbreak.

Despite only four cases being confirmed, Macau wasted no time and went on a lockdown. All people coming from Hong Kong and Taiwan had to quarantine, and all travelers coming from the mainland had to show negative tests upon entering.

Shortly after the four cases were confirmed, Macau’s residents were subject to a COVID-19 test, and there were no new cases confirmed with more than 716,000 residents tested. Macau’s successful strategy with COVID-19 is evident from the fact that since the start of the pandemic, only 63 cases have been confirmed, and no person is said to have died from the virus.

Despite the mass testing and the new cases, no one from the gaming industry seemed to have panicked to August’s casino report. Representatives from JPMorgan said that they are not surprised by the report, and no one should be, as the travel restrictions have been in place for a long time.

Since then, the GGR of the sector improved from $27.4 million to $28.7 million per day during the last week of August, which was already a result similar to June’s reports.

DS Kim, Amanda Cheng, and Livy Lyu, analysts from JPMorgan, jay that the instant recovery that the sector has shown is a good indicator of what’s to come in the fourth quarter, which also includes the October Golden Week.

Golden Week starts on the 1st of October and finishes on the 7th of the same month. This is one of the most important holidays in the Chinese calendar, and the highlight is the celebration on the first day, when the proclamation of the establishment of the People’s Republic of China, which occurred on 1st October 1949, is celebrated. People from the mainland, both SARs, Macau, and Hong Kong celebrate this holiday.