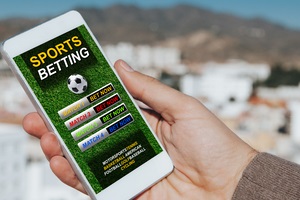 Usually, it takes some research on certain occurrences to be able to predict what’s to come in the future. However, that is not the case with single-game sports wagering in Canada. Even though it is still early days, the first signs of it have been more than promising, and experts predict big things for the latest addition in the sports wagering market in North America.

The Safe and Regulated Sports Betting act was brought forward on the 27th of August, and it is a regulation that would cover the whole province. When introducing it, PlayCanada claimed that in the best-case scenario, it could lead to a handle of more than $25 billion, with the revenue being more than $2 billion, and the tax receipts of more than $400 million. Staggering numbers, to say the least.

However, the numbers that are more realistic to happen include a handle of little more than $20 billion, the revenue of $150 million, and tax collection that would be in the region of $278 million. PlayCanada also adds that the best-case scenario is for the territories that usually have a competitive framework, but it is safe to assume that most jurisdictions will offer sports betting through their lottery corporation.

Research in the US indicates that states that offer sports betting only through lottery operations are far behind the ones with a more competitive legislative framework, meaning that provinces may be more interested in introducing a competitive marketplace.

Ontario Flirts With the US Model

Operators will be relieved to know that Ontario is one region that seems most likely to introduce legislation similar to the existing one in the US. PlayCanada notes that authorities in Ontario will open the marketplace to competition from sportsbook operators.

Ontario is the largest province in Canada, so this has definitely made lots of operators happy. More than 14 million people live in that region, and it is one of the most diverse provinces when sports is in question, as there are four teams competing in professional US leagues – one in the NBA, one in MLB, and two in the NHL franchises.

Score Media and Gaming, the most popular sports wagering company in Canada is being purchased by Penn National Gaming, so they are likely to benefit the most from the pending legislation. Other operators that will benefit from this are Caesars Entertainment, which operates an Ontario casino, and DraftKings.

Other Operators that Could Enter the Market

PlayCanada also notes that some of the leading operators in the world, such as Bet365, BetMGM, FanDuel, and PointsBet are the most likely ones to get involved in the Canadian market. This is good news for the technology providers, as they will be quick to offer their services to sportsbook operators, and local companies of this kind, such as Elys Game Technology and Bragg Gaming could also get involved.

All of these could get involved in the Ontario region in the near future, as more than half of the regulated sports betting revenue in Canada is coming from there, according to PlayCanada. They also note that the figure may even increase with the addition of single-game wagering. Go Here to find the best Canadian online casinos.