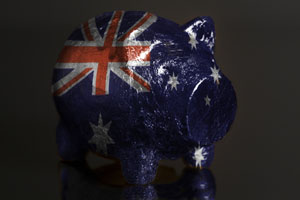 Bank Australia, one of the top banks in the country, has joined the growing number of money processing institutions to ban all transactions related to gambling activities. Moving forwards, Australians will no longer be able to use credit cards issued by this bank to deposit with online casinos or sports betting operators.

According to the statement from the bank, this decision will come into full effect on December 1. It follows on the previous decision of the bank no to lend any many to gambling-related businesses as well as business involved with fossil fuels, animal export, tobacco, and production of weapons.

Majority of Customers Supports the Bank

The press release from Bank of Australia claims that close to 90% of their clients are completely supportive of this latest decision. As they’ve explained, while they support the freedom of their customers to gamble, the decision came as a result of the bank’s effort to tackle problem gambling, which is a growing problem in the country.

By depriving these gambling operators of funds, they hope to try and limit their growth to some extent. With that, they should be able to slow the growth of problem gambling as well.

Bank Australia is not the first of financial institutions in the country to take steps to restrict online gambling. Last year, the National Australian Bank became the first to seriously tackle online gambling by restricting all such transactions on their iOS apps. The same restriction was then implemented on Android apps later this year.

According to the NAB officials, the anti-gambling features have also been activated on more than 50,000 of individual credit and debit cards since the last year.

These individual decisions by banking institutions are all a part of the larger effort to tackle issue of online gambling in Australia. This has been one of the burning problems in the recent years, receiving a lot of attention from the media and relevant institutions alike.

What’s Banks’ Responsibility in the Matter?

In December of last year, the Australian Banking Association announced their intention to create a consultation paper tackling the use of credit cards for online gambling. The main purpose of this paper is to gauge public views on the matter and try to determine what the responsibility of the banks is in the whole process.

The paper is still to be published as the ABA is sorting the information but given the current climate in Australia, it’s hard to think that the general public will oppose the idea of the ban. Similar actions have been taken by several financial institutions in the UK, which introduced stricter anti-gambling limits and restrictions to help their customers struggling with gambling-related problems.

Latest decisions in Australia and the UK represent just a small piece of what online gambling operators have to deal with. Constantly changing laws, growing restrictions, and stricter measures are making it much harder on the casinos and betting sites, especially in certain jurisdictions.

Amid growing concerns, additionally fueled by the Covid-19 crisis, it’s expected that many countries will further tighten the grip on online gambling, introducing additional deposit restrictions and limits across the board.

It’s hard to say what kind of an impact this will have on the online gambling industry at large but the value of these restrictions is often brought into question as well.

Oftentimes, they are directed at those operators that have valid licenses and already conduct business within relevant laws and regulations. In the meantime, unlicensed operators continue unchecked and the number of players turning to these unlicensed sites is growing.

Australia may be onto something with the ban on credit card transaction for gambling purposes but the feeling remains that these kinds of restrictions don’t quite hit the target. Those who want to gamble usually find the way around them and it’s not uncommon for these types of limitations to push them towards unsafe sites and unreliable payment methods, further deepening the problem instead of solving it.