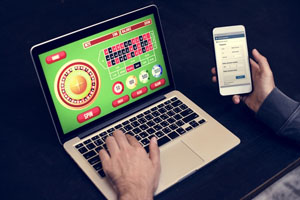 Things haven’t been good at all for online gambling operators licensed in Sweden for the past few months. According to the latest information, their revenues have dropped by over 30% in the period since the start of July, after the Swedish government had decided to impose new, much stricter limits and regulations.

This drop, as painful as it may be for the operators, was hardly unexpected. When Sweden first proposed new measures, many from the iGaming sector warned that this would create a lot of problems for actually licensed operators while simultaneously pushing players towards unregulated gambling sites.

It was on July 2 that the new set of online gambling measures came into force in Sweden. Despite the fact the operators and regulatory bodies in the country were warning the government the measures were too harsh and there wasn’t enough time to prepare for them, the government decided to push on.

Two of these measures are particularly harsh. The first one sets the maximum weekly deposit amount per player to just 5,000 SEK, which is around €475 or $560. The second limits operators’ ability to offer bonuses to the players, allowing the maximum bonus of just 100SEK.

Licensed operators and industry insiders tried to get the government to see things their way and suggested a number of alternative measures they believed would be easier to implement and would be even more effective in achieving the desired goal, which was to reduce the amount of time and money spent gambling online.

Namely, because of the Covid-19 crisis, there was a sharp increase in the number of Swedes who turned to online casinos for entertainment. So, in addition to limiting deposits and bonuses, new rules also forced players to set time limits on their sessions.

Online gambling operators were forced to comply with new regulations and introduced new systems on their sites. However, as many had warned, these measures failed to hit the target as they only created an additional burden for the casinos and created a perfect environment for unlicensed operators.

Since Swedish players are now not able to gamble online as much as they’d like with licensed casinos, many of them have turned their loyalties to offshore sites. Since these casinos don’t have a Swedish license to begin with, they don’t have to worry about adhering to new rules. And players are just happy to be able to play without restrictions.

At the same time, licensed operators who actually pay for the privilege are suffering a big drop in traffic and many of them have reported significant falls in sales. For example, Kindred Group, one of the largest gambling operators in the country, suffered a 28.7% drop while LeoVegas reported a loss of 29.6%.

The only gambling operator in the country not sharing the same fate is state-owned ATG. The operator accepts bets on horse races which weren’t halted due to the pandemic and new regulations weren’t applied to them. In fact, ATG experienced an increase in year-to-years sales of over 20%.

Since it’s anyone’s guess how long the Covid-19 situation will last, things aren’t looking very bright for Swedish gambling operators. One of the largest mutual funds in Sweden has already dropped close to 50 companies from their portfolio, showing they are no longer convinced these sites were safe investments.

The big question now is what, if anything, the government plans to do to stop the rot. It seems unfair to punish licensed casinos while offshore sites continue to cater to Swedes unchecked and are actually profiting on the whole situation.

It definitely feels like the new set of regulations wasn’t thought out very well. Unless unlicensed operators are somehow banned or restricted, these measures have very little effect, especially for those most vulnerable. Those with gambling addiction, for example, are unlikely to avoid a casino just because it doesn’t have a particular license.

Unless there are some changes coming soon, online gambling operators in Sweden are looking at a rather bleak future. There is still time to turn things around and come up with better and more sensible solutions but it is running out quickly.