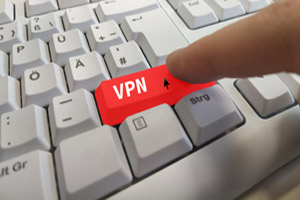 VPNs (Virtual Private Networks) have been in use for a number of years now. Their main purpose is to provide the user with a greater degree of anonymity by masking their original location and tunneling their connection through a server that can be located anywhere in the world.

Although VPNs weren’t designed to facilitate online gambling, there are some players who resort to them when they want to access an online casino that’s not available in their country. By using a VPN connection, they’re able to trick the operator into believing they’re actually playing from a different country that isn’t on the banned list.

The questions this article will try to answer is whether using VPNs to gamble online could be considered illegal and, more importantly, is this something you should be doing regardless of the legality. While it may seem like a good idea at first, by the time you’re done reading, you’ll realize that resorting to a VPN to gamble online is almost never a solution to your problems.

There are very few countries around the globe where Virtual Private Networks are actually illegal. Most countries that support democracy and human rights have no problems with someone using a VPN to browse the internet. In today’s world, there are many legitimate reasons why someone would want to protect their identity and obscure their location.

Of course, it goes without saying that you can’t use a VPN to perform any illegal activities. In this case, it’s not a VPN that’s the problem, though, so that’s a completely different pair of shoes.

But what about online gambling? If you’re accessing an online casino pretending to be from a different country so that you can get around their security, are you breaking the law?

In the strictest sense of the notion, this way of using VPN is probably illegal at some level. You’re accessing a service that shouldn’t be available to you for a certain reason and by doing so, you’re either going around the local laws or potentially putting the operator at jeopardy.

That said, there haven’t been any cases where a player was charged for illegal use of VPN to gamble online. Even if illegal, the “crime” is usually so small and irrelevant on its own that law enforcement agencies don’t have the resources to deal with it. So, in most countries, you can rest assured that police won’t come knocking on your door because you used a VPN to play at XYZ Casino.

Illegal or Not, VPNs Are Generally Prohibited

Even if you won’t get in problems with the law for using a VPN, you still don’t want to use it to play at a casino that wouldn’t take your business otherwise. You may manage to trick the site temporarily by going through a VPN but what happens when you win and want to withdraw your winnings?

Most operators will perform detailed checks, especially if the withdrawal amount is over a few hundred. They will ask you to provide the proof of address, among other things, and if you’ve used a UK VPN to play from Brazil, for example, how can you have a document with a UK address?

Security teams working behind the scenes consist of experienced experts who know all the tricks in the book. They’ll also check your connection and it doesn’t take a lot to figure someone has been using a VPN to access a particular location.

If you read through terms and conditions of most casinos, you’ll find that they explicitly prohibit the use of a VPN to access the site, even if you don’t have any bad intentions. This means that all your winnings are effectively null and void and you’ll have no leg to stand on if you get caught. There is virtually no way you’ll ever get paid if a casino determines you’ve been using a VPN, especially if the intention was to fool them into thinking you were playing from a different country.

So, to wrap it up, simply don’t use VPNs with online casinos. If you really have a good reason for it and it has nothing to do with breaking the law or casino’s terms and conditions, you can always ask the support to make an exception for you. If your reason is really justified, they’ll be happy to accommodate. However, make sure to keep their approval in writing just in case you get automatically flagged by the system.