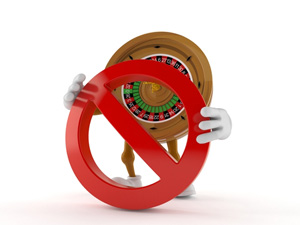 There is nothing casinos love more than action players. Every serious casino wants a customer who has access to a lot of money and who aren’t afraid to put the said money on the line. With house edges firmly etched into every single casino game out there, the casino has nothing to fear.

Or almost nothing to fear, at least.

While big players are welcome and even encouraged, casinos aren’t particularly keen on smart gamblers. These are people who just won’t blindly place their bets and hope their luck is in. instead, they’ll look for the games where they can use their skills and knowledge to reduce the house edge and sometimes even turn the tables.

While strategies and tactics used by these players can be completely legal, casinos are private entities. As such, they can refuse to service anyone they want. Smart players who look for an edge will often be backed off and sometimes even banned from a particular venue or an entire chain of casinos if the management decides they’re no good for business.

What Does It Mean to Be Backed Off?

People often confuse terms ‘banned’ and ‘backed off’. While there are certain similar elements to both, casinos these days are more likely to use the back-off strategy. What this means is that they’ll ban player from playing just a particular game or they’ll severely restrict their action by imposing betting limits and such.

One game where this happens quite often is blackjack. Experienced blackjack players are able to count cards and combine that knowledge with the basic strategy of the game to have streaks where they are the ones actually having an edge.

Clearly, no casino will tolerate this for too long and once they figure out what’s up, they’ll often kindly ask the player to stop playing blackjack. Sometimes, they’ll even let them continue but they’ll impose very low betting limits.

The strategy revolving around card counting is entirely based on increasing your bets when the count is high (i.e., there are plenty of high cards remaining in the shoe). If the casino prevents you from increasing the bet size when you know the shoe is ripe, counting cards becomes pretty pointless.

You’ll almost never be backed off from playing slots or roulette at very high limits, though. Even if you catch a super-lucky streak, pit bosses know that it’s all just luck as there is no legitimate system you can use to actually improve your winning chances. As long as you’re not cheating, they’ll be more than happy to take your action and let the math do the rest.

In some smaller venues though, it can happen that the casino decides to shut down the table for the night. While uncommon, this approach is sometimes employed by gambling halls that just don’t want to take the risk. If the lucky streak would hurt them too much financially, they’ll rather back you off for the night and start over tomorrow.

When Do Casinos Ban Players?

As a general rule of thumb, casinos don’t like banning their patrons for very obvious reasons. Sometimes, though, they will do it, if they just don’t see the value of having a particular player inside and consider them a nuisance.

Black jack card counters are sometimes banned, for example. While casinos prefer to back them off, if someone comes exclusively to play blackjack and count cards, there is very little value for the venue to have that player. If they also play slots and roulette and just happen to be a very good blackjack player, they’ll just restrict their blackjack action but will let them have their fun on other games.

Full-out bans are more common in situations that don’t have much to do with gambling as such. If a player is very rude to the staff or other patrons or if they spend a lot of time at the venue waiting for free stuff and playing very little, casinos will usually issue bans. These types of players can hurt their business much more than a card counter because they ruin the experience for others and spoil the image of the casino.

So, as long as you behave properly and don’t insult dealers, waiting staff, and, most importantly, other players, you don’t have to worry about getting banned. No casino will ever ban you for winning huge on slots, for example. On the contrary, they’ll be more than happy to have you back as soon as you feel ready for another round!