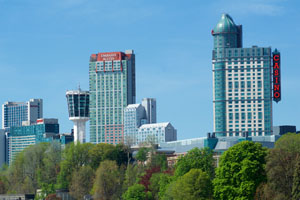 Although the pandemic situation has gotten much better on the global level, its effects are still felt in many countries around the world. This is especially true with regards to economy as many businesses are still closed down, leading to massive financial losses on all sides.

In Ontario, casinos and bingo halls remain closed and the owners are asking the government to finally give them the green light to reopen. On Friday, representatives of the gambling industry appeared before the special committee to state their case and ask for the much needed approval to get things back on track.

Strict Guidelines Proposed by the Industry

Gambling operators in Ontario are aware of the dangers and their proposal to reopen comes with an extensive set of measures that would be put in place. These measures would serve to protect the patrons and the staff alike and would mean that casinos would operate at a lower capacity but they would at least be able to take in some business.

For example, slots, which are the most popular pick of most players, would be placed so that patrons aren’t sitting close together. Usually, casinos cram these machines as close as possible to make full use of the floor space but the new situation requires a different approach that Ontario operators seem willing to adopt.

When it comes to table games such as poker or blackjack, the plan is to remove certain seats so to allow fewer people to sit at the same time. Once again, this measure will likely hurt the casinos’ bottom line but it would at least allow them to reboot.

It seems that bingo halls in particular might be last to reopen even if casinos get the green light. Given the nature of the game and the fact that it tends to bring in crowds of people who usually sit tightly together, special distancing measures need to be put into place before customers are allowed to enter and play.

At the same time, the hiatus is hurting charities in Canada.

A large percentage of bingo proceeds goes towards charitable organizations and it is estimated that charities have already lost a big chunk of money due to closures. According to Cam Johnstone, CEO of Delta Bingo, the major player in Ontario’s bingo industry, charitable organizations affiliated with Delta will lose $10,000,000 this year while charities across the province stand to lose $20 million.

These are big numbers and they don’t even account for personal losses of those people who lost their jobs or are currently sitting at home waiting for a positive resolution. So, the economy in Ontario is clearly suffering and the government is trying to come up with a resolution that would fit everyone’s expectations.

It’s Time to Get Back to Work

Johnstone believes that the Premier and the government have done a good job in Ontario up to this point but now it’s time to get back to work. People need to get their jobs back and the economy needs to start recovering.

Similar feelings were echoed by the Canadian Gaming Association CEO Paul Burns. In his appeal to the committee, Burns emphasized that nearby casinos in border areas are opening up for business and places such as Windsor and Niagara Falls should follow that pattern as well.

While appeals coming from the gaming industry seem reasonable and well-founded, the government still seems reluctant to give them the go-ahead they’re looking for. Casinos are considered high risk areas for the spread of the virus and officials might not be willing to take the risk just yet.

As of right now, there is no clear date when casinos and bingo halls in Ontario would reopen. Those employed in the gaming industry are certainly hoping for a quick resolution so that they could go back to work and resume their normal lives. At the same time, there is still strong opposition from certain segments that don’t see this as an essential part of the economy and are holding things back.