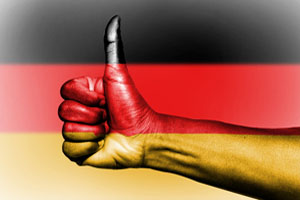 Gaming regulatory agencies and authorities across Europe have been introducing new and stricter regulations for online gambling in the recent months. Many of these new rules have been enticed by the increase in number of people looking to gamble on the internet due to new state of affairs caused by the Covid-19 pandemic.

Sweden authorities have been at it for a while now and Germany seems to be picking up a more restrictive approach as well. Of course, consequences of these changes will be felt by the players and operators alike. And, while governments are claiming they are doing all this to protect the end consumer, some believe that regulators are often missing the bigger picture.

The original deal Schleswig-Holstein had with the state of Saarland was that the gaming operators licensed by them would limit advertising to regional television stations only. According to LMS, Saarland’s media regulator, this promise was not fulfilled.

In the recent order from the LMS ordering two major Schleswig-Holstein-regulated casinos to completely stop advertising their services in Saarland, the regulator had explained that there were far too many adverts in private TV programs.

Furthermore, these ads were broadcast during times when many children and teenagers were likely to see them. This is a particularly vulnerable group and the LMS believes they need to be protected. Since casinos failed to adhere to the original deal, they decided to institute the full ban on advertising.

Those in the know aren’t particularly sure how much of an effect this ban will have in reality. While the regulator has the right to institute the ban, it’s not certain the operators or TV stations will actually honor it. At the same time, the LMS might not have enough power to go much beyond the “paper” warning.

All of this comes in a rather peculiar time for the iGaming market in Germany. Just recently, all 16 states have finally agreed to allow online gambling in all of its forms in 2021 but with strict limitations in terms of deposits and betting limits. There have been quite a few bumps along the road so far but German officials seem confident they’ll be able to put their plan in action by the start of July of next year.

Swedish authorities seem adamant to tackle potential problem gambling issues that have started to surface with the Covid-19 restrictions. After noticing a huge spike in number of people searching for and signing up with online casinos, relevant departments have been working on developing new measures to counter the problem.

The latest set of restrictions is set to go live the next month and will likely a big blow for locally-licensed operators. Namely, the government is planning to introduce a new deposit limit of 5,000 SEK a week across all licensed sites, severely reducing the amount of money people will be able to put on the line.

On top of this, all players will be required to set their own time limits and control the length of their gaming sessions.

Not surprisingly, the association of gambling operators in Sweden is not thrilled about the idea. Earlier, they proposed a different set of measures to address the issue but the government seems to have disregarded this and is going to implement their own plan instead.

Operators believe that these measures are missing the point entirely. While they will affect the bottom line of those casinos operating under the laws and rules of the country, they won’t prevent offshore casinos from continuing to service Swedish players just like before. In fact, because of the restrictions, many players are likely to register with these unregulated sites, which is likely to further compound the problem.

While Swedish gambling sites are still trying to change the government’s mind, it seems like a futile effort at the moment. They have about two weeks to prepare for the new rules and introduce necessary systems if they want to continue operating as legal entities.