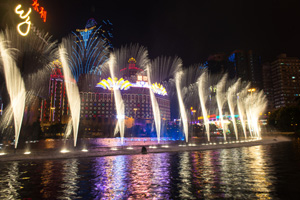 According to reports coming from China, the country’s police have cracked one of the biggest gambling rings to date involving more than $183 million ($1.3 billion CNY). A bulk of the money was reportedly used for high stakes gambling in Macau, Asia’s major gambling hub. This was not just one of the largest but also one of the longest-running operations of this kind.

In Business for Over 10 Years

Following the successful crackdown, the police from Chinese city of Nantong located in the province of Jiangsu issued more details about the operation. The gambling ring involved 18 people who were organizing illegal gambling in mainland China. Additionally, they helped patrons from China to travel to Macau and play there.

The group, led by the man who is only known by his surname Shi had been operating for over a decade. They came on the police radar in April of 2018. In China, operating or promoting any type of gambling activities is strictly forbidden. The law also applies to promoting gaming activities based outside of the country.

For years now, it’s been a kind of public secret that wealthy Chinese punter travel to Macau to get their fill of gambling. Many groups and syndicates operate in both locations to make it easier for the players to travel back and forth and get the funds they need. One of the main goals of such operations is to help gamblers move money around to avoid legal restrictions.

According to police reports, Mr. Shi and his group have been doing exactly this since 2007, providing wealthy Chinese business people with “gambling accounts”. They also facilitated online gambling for those located in mainland China.

The gambling ring has been taking its cut of profits using the system known as rolling chip volume and a “multiplier” system. This latter practice isn’t allowed in Macau because it is often used to get around paying taxes. However, it is very hard to detect and prevent.

In addition to running the illegal gambling operation, the group is also being accused of other unlawful activities in connection to the way they collected debts from their players. Members of the organization illegally detained and harassed patrons’ family members in China to force them to pay their debts.

With all these charges, the group was facing serious repercussions. The trial was held in February and the ringleader Mr. Shi was sentenced to 16 years in prison. There is no information about what sentences were issued for other members of the syndicate but given how serious the charges against them were, they will probably face long time in prison as well.

This is just one of many cases to involve illegal gambling syndicates in mainland China. Over the years, the police have cracked down on and closed numerous similar operations, albeit the amount of money they seized in the process wasn’t as large.

Gambling may be illegal in China by the letter of law but it’s no secret that Chinese people love to gamble. While there are no licensed casinos or gaming venues operating in the country, there are many underground joints that continue to operate despite all restrictions.

With the rise of Macau as a big gambling hub in Asia, many wealthier Chinese are looking for the ways to go there and play in proper casinos. The Chinese government is not fond of the idea and makes it difficult for the punters, restricting their movement and, more importantly, making it hard to get significant amounts of money in and out of the country.

These practices are exactly what gave rise to numerous illegal gambling syndicates in both mainland China and Macau. For Macau, Chinese players represent an important source of income and even certain casino executives were arrested and charged in connection to luring and bringing players from China to their venues.

Although those caught and charged are likely to face serious sentences this doesn’t prevent new rings from being formed. As long as there is demand, there will be supply and Chinese authorities might want to look into other ways of dealing with this issue. Illegal gambling syndicates bring with a whole other set of problems such as those mentioned in charges against Mr. Shi and his associates. Many of these problems would disappear if China took a different view of gambling and put it in a proper legal framework.