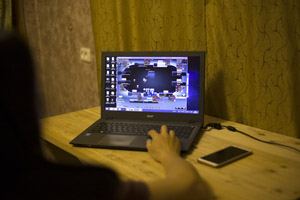 The Coronavirus outbreak and restrictive measures that took effect almost all over the world have had a big impact on people’s lives. Not able to enjoy some of their usual outdoor hobbies and activities, people have turned more to the online world, looking to fill the gap.

Almost all online services that focus on providing entertainment have seen a huge spike in user numbers, from video and streaming platforms like YouTube, Twitch, and Netflix to online gambling and betting sites.

But one particular segment of the iGaming sector has seen a proper revival: online poker!

In the early and mid-2000s, online poker was huge. The game’s popularity spread all across the globe, with hundreds of thousands of people looking to make it on the virtual felt. That initial enthusiasm has died down over the years, though, and the online poker industry saw a big dip in numbers.

Over the past few years, poker rooms have been struggling to keep their traffic and many of them have decided to close for good. While many serious players continued, many more who saw poker just as a hobby moved on, seriously hurting the ecosystem. And then, the lockdown happened.

In the last couple of months, almost all poker rooms have seen a significant spike in traffic. Regular players are in shock seeing that the games are once again filled with recreational punters just looking to have a bit of fun.

However, this development doesn’t come as much of a surprise.

Many of those who used to play online poker back in the golden days have moved on and decided to spend their free time enjoying other activities. Due to lockdowns and restrictions, many of these activities have been put on hold, leaving people with plenty of free time and not much to do to fill it up.

So, some of them have remembered their online poker days and started to come back to their favorite poker sites. Their enthusiasm for the game may not be what it once was but, from a limited set of options, online poker does seem as a rather appealing one.

In the US, for example, those states where poker is regulated have seen a huge year-on-year increase in terms of bets made on the virtual felt. New Jersey experienced a 118% year-on-year boost in April, although this number includes all online casino games, not just poker.

The poker economy works in a very peculiar way. One of the main reasons why player numbers have been on the decline in the recent years isn’t just because amateurs are no longer as interested. If there aren’t enough amateurs getting involved, many pros are leaving for greener pastures as well. They want to play in games where they’re favorites to win, not duke it out against players that are on the same level as they are.

Now, however, with so many amateurs rediscovering poker, some pros are jumping back into the arena as well. They don’t know how long this newly found interest in online poker is going to last so they want to take advantage of it while they can.

What’s in the Future for Online Poker?

In the past few weeks, we’ve seen there is clearly more than enough people who enjoy poker so the industry could, once again, flourish. Whether this is going to happen or not, though, is mainly down to the operators and what they’re willing to do to make it happen.

If people are willing to play online poker during a lockdown, they’re likely eager to play it in general – but the game just isn’t interesting enough for them to put it ahead of other fun activities they could enjoy.

So, if we want to see another “poker boom”, industry leaders need to address the issue and rethink the way they approach the game. There are ways to make it fun for a casual player once again, even if these require some effort and investments.

That said, this isn’t new information. Poker rooms have known this for years but not many of them seem willing to make any significant changes. So, while it was fun while it lasted, it is quite likely that online poker numbers will start to dwindle once again in the coming weeks as people go back to their usual routines and their poker accounts start piling up a new layer of dust.