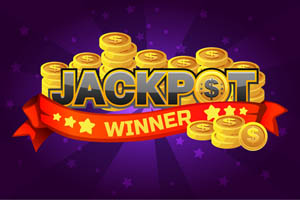 There are many reasons people gamble. Some seek just simple entertainment, others are after an adrenaline rush, and some just want to test their luck. However, one common denominator for almost all punters is the hidden desire to win big. We’re not talking about a few grand here. Many people who frequent casinos do dream about hitting a major, life-changing score.

For most people, the dream of becoming a millionaire overnight is unreachable. The only way in which one can hope to such a windfall is through gambling. And those pulling the strings behind the scenes of the gambling industry are well aware of these hidden desires.

Traditional games found on a casino floor can produce some nice wins but you won’t become a millionaire playing blackjack $100 a hand. So, thinking about how to frame this dream for an average punter, casinos have come up with the idea of progressive jackpots. With some imagination, they figured out the setup where even a small-time player can win a huge amount, if they get really, really lucky.

The idea for progressive slot machines came from International Gaming Technology (IGT), one of the longest-standing and best-known developers of casino games around. Instead of offering a fixed amount defined by the paytable, the company came up with a new slot called Megabucks, offering a jackpot that kept growing overtime.

The jackpot network was set up in various casinos across the United States. Every time some played a spin on any machine connected to the network, the jackpot would increase ever so slightly. However, with many slots available in different casinos, the amount grew quite rapidly.

The IGT guaranteed the first million for the jackpot, i.e. the “seed” money. So, the jackpot didn’t start from zero but rather from $1,000,000 and kept increasing as more and more players made their way to the casinos to try their luck. Anyone could win on any spin, which was the biggest draw of Megabucks. Eventually, about a year after the initial launch, a lucky player did hit the jackpot to the tune of almost $5,000,000.

Seeing the success of these first jackpots, online casino industry was quick to pick up on the idea. First online sites started to appear in the early 1990s and it wasn’t long before many of them started offering progressive jackpot machines.

Unlike their land-based counterparts, though, these games didn’t have any physical limitations to deal with, which made it very easy for game developers to add their progressive slots to as many online casinos as they like. This, in turn, created a situation where all jackpots were growing rapidly with thousands of players all over the world playing these machines around the clock.

The odds of winning a progressive jackpot, especially the one that offers life-changing money are quite slim. However, even the long odds can’t deter players because someone must win and some lucky players do win.

Take for example an unnamed software engineer from Los Angeles. In 2003, the man was trying his luck playing Megabucks slot at Excalibur. Completely unexpectedly, he caught the lucky spin, which produced the massive $39.7 million progressive jackpot. To this day, this remains the single-biggest jackpot paid by a slot machine, online or live.

However, online progressive slots such as Microgaming’s Mega Moolah and NetEnt’s Mega Fortune have created dozens of millionaires over the years. Main jackpots on these games are always in the seven and sometimes even eight-figure region and they’re regularly won by lucky individuals at least a few times a year.

For example, the biggest payout by Mega Moolah happened in 2018 when a lucky player caught the ultimate spin for the massive win of €18.9 million. This eclipsed the previous record set by the same game, which was €17.8 million.

Everyone Can Dream Big

Progressive jackpot slots may not have the highest RTP or even be the most entertaining in terms of graphics or mechanics. However, the fact they can offer massive amounts to extremely lucky players is enough to keep them at the very top of the list of the most popular slot games around the world.

Of course, not everyone will win a jackpot. Most players chasing a big win will not get to see it. But, someone always has to win eventually, and it is this idea that keeps players coming back to slots like Mega Moolah over and over again. You never know if today is your lucky day!