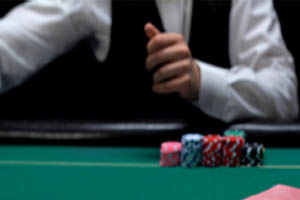 Although things are starting to get back on track somewhat, the consequences created by the COVID-19 pandemic will be felt for the months (if not years) to come. Many businesses all over the world have been hard-hit by the virus outbreak and for some industries, the impact is very serious.

The gambling sector continues to suffer huge losses, primarily due to live casino venues being shut down all across the globe. Almost all US states have closed live casinos and Iowa is one of these states. Now, as things are starting to change for the better, it is time to consider how to get the industry back on track.

Iowan lawmakers will have to take on this challenge. It is now up to them to figure out what needs to be done and institute required changes. It is a difficult task but the one they need to approach with the utmost seriousness as thousands of jobs and millions of dollars in taxes and revenues hang in the balance.

Although this isn’t a widely known fact, Iowa is actually the second state in the US in terms of the number of casinos per capita, trailing only Nevada. This means that the gambling industry plays a huge role in the state’s economy.

The pandemic and accompanying measures have put 17,000 jobs at risk. Some 1,300 people have already been laid off at Prairie Meadows and many fear this is just the beginning. As for the state, they’ve lost approximately $25 million in tax revenue due to casinos being out of operations since March 17.

Things are looking up, as many states are looking into reopening casinos in the near future. However, it is clear to everyone that things won’t go back to the way they used to be before the lockdown. Iowa casinos won’t be anywhere near their 100% capacity after reopening. New sanitation protocols will definitely decrease their capacities and people won’t be flocking to casinos due to their own health concerns.

Of course, there isn’t an easy solution to many of these issues. However, there are certain things that are in the lawmakers’ domain and they should make it a priority to deal with these issues as soon as possible. Regulatory changes could make or break many of the Iowa casinos.

It’s Time to Catch Up with the Times

Even though gambling is such an important part of the economy in Iowa, the state still doesn’t have a law regulating online gambling. This severely limits the potential of the industry, especially in these times where running a casino in a traditional way has become a huge challenge.

In fact, although Iowa allows people to place sports bets online, this is only possible after a physical registration process at one of the licensed venues. So, those wanting to do their betting on the internet still need to visit a casino at least once before they can do it.

With sports starting to pick once again and people craving entertainment, this is one of the first things Iowa lawmakers should look into. It is probably the easiest law to change at the moment and it would be a good start. But many experts believe that this is just the tip of the iceberg.

Six US states have legalized iGaming, i.e. digitalized versions of slots and casino table games. Iowa could be next. With the sports betting bill already in place, it would be possible to expand the regulation to also cover other forms of gambling online. This would provide players with a safe way to have their entertainment and also help the state recoup some of its revenue.

Is iGaming a Complete Answer to the Crisis?

Although digitalization of gambling would be a significant step in these critical times for Iowan casinos, it is only a partial solution. Examples from other states as well as from Europe indicate that there is no lack of players willing to switch to online gambling. However, this doesn’t really answer one of the biggest issues.

Even if casinos are allowed to go online, this would hardly protect the jobs. Internet venues don’t require nearly as many people to operate and the staff they do need isn’t necessarily the staff they employ at the moment. Many dealers, waitresses, and similar job posts would become redundant.

Is there a way to tailor the law in a way to deal with all of these issues and protect the jobs of these people for the foreseeable future? That’s a question for the lawmakers to answer but many Iowan families are anxious to hear the answer.