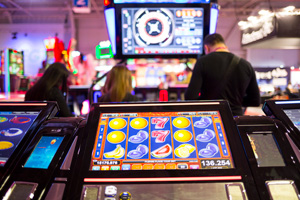 The online gambling industry in the UK has taken another hit. A number of bookmakers has seen their share value take a serious plunge after a new betting cap of £2 was mentioned as a possibility for online casinos. Neil McArthur, the chief executive of the UKGC, stated that the Commission will consider the proposal of the parliamentary group and seek to implement it within the next six months.

The UK has already significantly reduced the maximum bet for land-based bookies, with the ever-popular FOBTs allowing punters to play £2 per spin at the most. This was a big hit for bookies, forcing them to close a number of shops across the country. The online regulation, however, could have even more serious consequences.

Shareholders Getting Out of Dodge

Following McArthur’s announcement, many shareholders started selling off their shares in major betting companies. William Hill, one of the gambling giants, experienced a fall of 8%, while GVC and Playtech fell for 7%. In total, the stock market dropped around £500 million in value in a very short time.

Although a big hit to the companies, it’s probably not the last of its kind should the Gambling Commission stay true to its decision. UK bookmakers could be in for a rough ride in the upcoming months as more shareholders will likely look to drop out.

The same group that is now lobbying for the reduction of maximum online stakes was instrumental in the earlier decision that hit high-street bookies. They managed to garner the cross-party support for their efforts, eventually leading to law changes that many bookmakers were very vocally against.

At that time, bookies were warning that the reduction to £2 (from £100 at the time) could create massive problems, leading to many stores shutting down and thousands of people losing their jobs. However, these concerns were not enough for the government to change its perspective and the new rule was implemented.

Now, there is a similar scenario hanging in the balance but with potentially much greater consequences. Online casino games are worth around a £2 billion a year, bringing in the significant share of the overall gambling proceeds. Cutting down maximum stakes to just £2 would definitely have a huge impact on that number.

The latest announcement is just one of many changes that are already happening or are about to happen in the UK with regards to gambling. For the past few years, the government has been very keen on regulating the gaming industry, looking to tackle the issues caused by problem gambling and also going against questionable advertising practices by certain operators.

Many efforts as of late have been directed towards reducing underage gambling as well as practices by certain casinos employed to keep VIP players. These VIP schemes include all sorts of perks and kickbacks, enticing losing players to come back and keep playing, which is something the UKGC and the anti-gambling lobby aren’t looking kindly upon.

In fact, the government is considering taking a much deeper look into the 2005 Gambling Act, which currently regulates all forms of gambling in the country. The Act was passed under Blair’s administration but there are many who believe it is high time to revisit its stipulations and introduce some important changes.

What Future Holds for the UK?

The UK gambling market has long been one of the most attractive ones for the operators. Because of this, many international casinos have secured their UKGC licenses, allowing them to legally cater to UK players without any obstacles. All major operators want their share of this market.

However, if these new changes are really implemented, once coveted UK market could lose on its appeal. While it will still be interesting to many casinos, expected profits from it certainly won’t be as high as in the past decade.

It remains to be seen what this will mean for the UK economy as a whole. The gambling industry generates a lot of revenue in the country but it also creates many problems. So, new restrictions could prove to be helpful in solving some of these issues, even if they come at a certain cost.