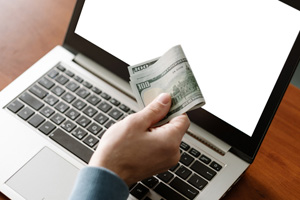 Authorities in Germany have issued warning to banks in the country with regards to payments connected to online gambling operators. Namely, these internationally licensed operators should not be offering their services in Germany and in their warning, authorities have reminded banks that they have a duty and obligation to prevent any such payments.

While there is a new gambling law in the works in Germany, which should create a much friendlier iGaming atmosphere, the bill is still well over a year from going live. In the meantime, the country is set on ensuring current laws are upheld, which limit online gambling activities to sports betting only, and even that with a limited number of properly licensed providers.

Banks Reminded of Their Role in the Process

In the recent letter, German authorities have emphasized that banks, as financial institutions, have a direct obligation to take independent measures to prevent online gambling-related transactions. The warning also reminded banks of the PayPal affair from several years back, which enforced the digital wallet to stop serving as the go-to service for German players.

In the light of these recent developments, banks will likely strengthen their oversight, which will make it harder for German customers to play at online casinos. Namely, although the country doesn’t allow it, many operators have been gladly accepting players from Germany for years, so stopping transactions to and from these operators seems to be the most effective way for the authorities to enforce the law.

Not Everyone Thrilled About Upcoming Regulation

As mentioned, there is a new gambling treaty in the works and, if things go according to plans, it will come into force in about 17 months’ time. The aim of the new law is to create a regulated, safe, and fair online gambling environment but some of the provisions have been rather controversial and not everyone is looking forward to them.

This applies primarily to affiliates whose income could be severely affected by the new lay. Namely, the Fresh Gambling Treaty contains a wording that would effectively prevent licensed operators from using affiliate links to generate traffic. Likewise, casinos wouldn’t be allowed to create any partnerships based on the promise of payment calculated on the players’ turnover.

With the online gambling industry relying so heavily on affiliates to bring in new players, this is certainly a big deal. While affiliates aren’t happy about potentially losing a significant chunk of their profits, this probably won’t sit too well with the operators, either, as they’ll have to resort to other marketing strategies to keep their brands afloat.

The new Treaty contains some other provisions that casinos aren’t thrilled about. The law suggests imposing mandatory monthly deposit limits, the maximum stake on slots of €1, as well as numerous limitations on in-play betting. Currently, no gambling law contains such provisions and, if passed, the German regulation could definitely produce a big blow for gaming operators who decide to stay in the country.

Staying in Line with the Market

While the new law may have the players’ best interest at heart, industry insiders believe that Germany needs to keep their laws in line with the market if they want to attract major operators and make profit off of the regulation.

Michale Lessig of HYPBET, a Playtech-owned company that’s licensed to provide sports betting services in Germany, is one such insider. According to Lessig, the company is looking forward to the regulated market and fair competition, but the regulation needs to be competitive as well. Otherwise, the newly created regulated environment could fail to generate the interest that the authorities are probably counting with.

It will be interesting to see how things will develop moving forward. The regulation is still quite a bit away, so there is still plenty of time for lawmakers to apply any changes they see fit. While the desire to create a regulated and fair environment makes sense, politicians will likely have to listen to the input from the industry if they want to come up with a reasonable solution. Otherwise, Germany could end up with an online gambling law that will simply push all the major operators out, while small companies will continue to look for way to circumvent the ban and keep catering to German players like they have been doing thus far.