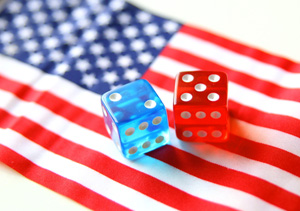 Microgaming is easily one of the leading developers of online casino games, especially in the slots’ category. The company is present on the global scale, supplying countless online casinos with their rich, colorful, and ever-growing portfolio of games. However, US players aren’t in the group of lucky ones who get to enjoy Microgaming slots.

What is the reason behind this and will Microgaming ever return to the US?

To find a reason, we have to go back over a decade to the time when the US took massive actions against online casino and software providers, blocking their addresses and seizing their domain names in the process. Microgaming was one of the companies to have their domain seized in the initial wave.

Although the company was quick to recover their site, the action from the US Department of Justice was a signal to leave the USA, especially those states that have clear laws against online gambling. The risk was simply too big for a company with a strong global reputation and significant presence in various other markets.

US Players Cut Off

In 2010, Microgaming has officially stopped catering to all players based in the US, cutting them off from access to their games, including several of the biggest jackpot slots like Mega Moolah and Mega Moolah Isis.

While players could (and still can) get around this restriction by using a VPN service, the risk connected to this practice is just too big. Namely, the Microgaming software uses geolocation to determine where a player is coming from. If someone were to use VPN to trick the software and this was later discovered, they would automatically lose all of their winnings.

So, there is really no good way for US players to play Microgaming slots from real money, which means they’re denied many exciting titles like Immortal Romance, Avalon, Thunderstruck II, as well as a variety of fresh releases that the company has been creating in cooperation with their partner studios.

This may not seem like a big deal, seeing how there are many major companies like NetEnt and IGT offering their games in the States but for slots’ fans, these are hundreds of titles they can’t enjoy. Many of these games have somewhat of a classic status in the iGaming community so there is no doubt there are many who are eagerly awaiting Microgaming’s return. But, will it ever happen?

When it comes to the iGaming regulation in the US, there’s been a status quo in place for quite a few years after the events of the infamous Black Friday. However, in the past several years, we’ve finally seen some positive movements in this area, with a number of states taking steps to regulate online gambling.

States like Delaware, New Jersey, Nevada, and Pennsylvania have started offering legal online gambling to those within the states’ borders, so things are looking up. In the future, more states are likely to follow the suit, as regulated states have experienced a rather significant budget boost from iGaming revenues.

But what does this all mean for Microgaming?

Well, since the company had left the US market back in 2010, they played by the rules and haven’t tried to “game” the system. Their withdrawal was real and complete. So, from that point of view, they turned out to be a reputable and law-abiding company that’s willing to operate within the laws.

This means that there isn’t a big barrier for entry for Microgaming if they ever decided to come back. Unlike some “bad actors” who kept serving the US market even after the government made its stance on the matter quite clear, Microgaming has a pretty clean sheet. One would think that it wouldn’t take too much effort to come back to the regulated US markets if they wanted to.

The fact they didn’t do it early on, though, is somewhat concerning for the players. Being one of the leaders on the global scene, it is possible that the company simply decided getting licensed in the US at this point in time just wasn’t worth it. This might change with new states regulating the iGaming space and some fresh markets opening up but Microgaming hasn’t made their stance on the matter clear either way.

So, will Microgaming come back to the US? The best answer we can give right now is – maybe. Of course, with their portfolio of more than 800 titles and constant influx of new titles this would be great news for the players but we’ll just have to wait and see how the things will play out.