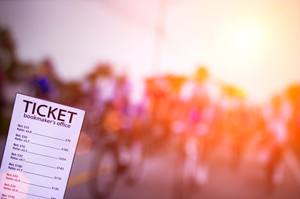 According to some reports, casinos in Canada are losing $14 billion every year due to the black market and the fact sports betting isn’t properly regulated in the country. With the single-event betting now being regulated in the bordering states in the US such as New York and Michigan, the gambling industry in the country could suffer yet another blow.

Namely, some casinos, such as Caesars Windsor, rely heavily on the traffic from these states and with single-event betting not being allowed in Canada, they stand to lose a lot of customers. This could threaten jobs and cause further losses in the months to come.

Falling Behind the Curve

In Canada, only parlay betting is allowed, so bettors have to pick several teams and choose winners if they want to receive any returns on their bets. Recent changes in the US legislation have made it possible for the punters to bet on single events, giving every state the right to decide how they want to handle sports betting within their own borders.

This cause a massive push for legislation in a number of states, creating a huge boost in revenue for many of them. At the same time, Canadian lawmakers have fallen behind the curve, failing to keep up and make necessary changes.

Namely, in 2016, there was a vote about single-event betting but the liberal government did not support it. They quoted the possibility of match fixing as the main reason for their disapproval. However, recent changes in the US seem to disapprove this theory, as many major operators like NBA and NHL have actually partnered up with casino operators.

Due to all these development, the gambling industry in Canada is now facing a rather uncertain future. According to MP Brian Masse, one of the proponents of single event betting, money is being left on the table and jobs are being lost at the moment, all because the government is failing to take necessary actions.

According to Masse, the gambling sector is now in a very difficult spot because they didn’t act in time. Now that the US has overturned the restrictions on sports betting, Canada needs to act quickly or face consequences as billions are lost every year to the black market and offshore sites that provide their services in the country.

However, the sense of urgency isn’t shared by the Justice Minister David Lametti. In a press release coming from his cabinet, it was explained that gambling reforms aren’t on the list of priorities at this moment in time.

According to Mr. Lametti’s spokesperson, the government continues to monitor the situation and talks to the groups that are affected by these changes. However, there doesn’t seem to be an immediate plan to address the issue in the near future.

Masse believes this is a rather paternalistic approach from the state, which denies several provinces such as Quebec and Ontario. Instead of allowing Canadians to play in a safe and regulated environment, the government is forcing them to turn to unregulated offshore sites or the black market.

Other groups involved in the matter share Masse’s concerns. According to the Canadian Gaming Association, legislation would take money out of “bad guy’s” pockets and place it in the state’s coffers. At the same time, it would provide players with much more protection and safety.

Failing to regulate the market could also lead to many people being out of their jobs, further deepening the economic impact. There are thousands of people working in the gambling sector and those in the affected areas are the ones whose positions are likely to be threatened. So, there are many reasons why Canada should take another look into this problem and do something as soon as possible.

Unfortunately, legal changes take time and lawmakers don’t always manage to keep up. It will be interesting to see what’s going to happen moving forward and if the proponents of the change will manage to get things going. Looking at it right now, they seem to be facing an uphill battle and many challenges. However, even a small push in the right direction could give them the wind in the back and the support they need to start moving forward.