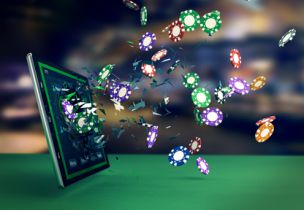 Lawmakers have two opposing tactics to deal with regulating the online casino gambling market: regulation or a lack thereof. Regulated markets legalize this form of gambling by providing systems of licensure and regulations, which allow for the government to receive tax revenue.

Countries that take a regulating approach do so on the justification that online casino gambling will occur whether the activity is legal or not. To make it less dangerous for citizens, they enforce regulations that minimize the risks. Simultaneously, these regulations are funded by the tax on the activity, and the surplus tax revenue is often times used to fund public education.

Unregulated online casino markets do the opposite. Instead of enforcing laws on online casino gambling, they ban it all together in the hopes that it will prevent citizens form participating. Some countries even go as far as to eliminating access to online casinos in other counties. The people in charge of running online casinos in countries that have illegalized them are sometimes prosecuted, but the citizens who are doing the gambling rarely face legal repercussions.

The taxes on regulated online casino gambling, and especially the outright ban of the activity in some countries, has inevitably created a black market for illegal online gambling.

Regulated online casino markets have demonstrated their superiority in protecting the citizens of those countries. They do so by including consumer protections preventing online casinos from taking advantage of participants, and even providing resources for gambling addicts and others struggling with unhealthy gambling impulses.

Spain is a country that recently decided to regulate its online gambling markets. Though it was late in doing so, the efforts of its lawmakers have paid off.

The Spanish online casino market is fully regulated on both sides. The casinos are required to act with transparency and accountability, and the consumers are provided with protections from unfair rules. Spain’s online card sites have merged with sites from France, Italy, and Portugal resulting in a shared community of nearly 200 million poker players.

The full regulation of Spain’s online casino market has created a consistent and significant source of tax revenue while also providing protection for participants- a situation in stark contrast to Spain’s online gambling market before 2006.

Before 2006, Spain had an outright ban on online gambling. The black market resulting from this ban provided no tax revenue for Spain’s government, and the lack of regulations on the industry left gamblers without protection. Since 2006, Spanish lawmakers have continued to improve upon their online gambling regulations.

Regulations that help enforce these responsible practices include age verification software to ensure underage individuals are not participating, GPS software to disallow participants from nonparticipating countries, and national helplines and hotlines for people dealing with gambling addiction. Online gambling casinos that operate in countries with unregulated markets are under no obligation to hold such standards of responsibility.

Coincidentally, 2006, the year Spain began to regulate their gambling industry is also the year that the United States illegalized the practice with the Unlawful Internet Gambling Enforcement Act (UIGEA). However, in 2011, the Justice Department reinterpreted UIGEA and therefore allowed states to promote online gambling in select forms. Despite this fact, online gambling in the United States remains unregulated for the most part.

The current system in place for the online gambling industry in the United States lacks the power necessary to ensure responsible business practices and adequate protection for gamblers, and if changes are not made, most participants will continue to participate in the black markets away from the government’s eye.