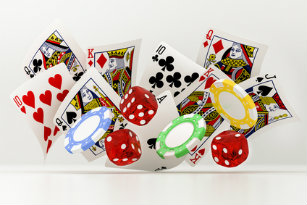 Casino and gambling games are no longer perceived as immoral or detrimental activities. They are recreational games just like other hobbies but most all, a significant source of revenue for the governments. This advantage persuaded the American Courts to allow more gambling options for enthusiasts. In Canada, Casino and gambling games have brought forth about CAD 17.3 billion in the year 2017. Since then, this industry is growing and generating even more revenue.

Despite all these benefits, the Canadian government is rising against online casinos. Initially, owners of online casinos were allowed to operate as long as they did not have physical premises. The objection to online casinos is a threat to provincial brands such as PlayNow, Play OLG and Espacejeux. The companies happen to be the only ones licensed to run their businesses with their jurisdictions.

Prohibiting online Casinos in Canada will only be directed the revenue to other foreign countries. Legislators are concerned about this issue because they have witnessed players joining other foreign websites. The legislators attempted to force the closure of international casino in Canada. They passed a bill that compelled internet service provider to take this action.

Loto-Quebec is the gambling body in Quebec running EspaceJeux. This online casino only accepts players in Quebec. Proceeds from this casino are forwarded to the provincial government, like any other lotteries. Loto-Quebec laments how the government is collecting too much from the casinos. As a result, the companies are unable to give players an appealing amount. This problem becomes a hindrance because they cannot be competitive.

Also, low Return to Player is an obstacle to growth and sustainability. Players prefer choosing other options with more and easy money to win. To counter the challenge, EspaceJeux increased their RTP. This decision cost them their profit goals, which they are unable to meet. The reason for forcing the closure of international sites is to eliminate competition. Local people will not have the option of foreign websites. Therefore, companies such as EspaceJeux will always be in the market.

The bill was passed in 2016, and a list of foreign gambling site was produced. Loto-Quebec is expected to offer these sites a tender to partner with EspaceJeux. This partnership will keep the international sites in business but share the revenues their revenues. To achieve all these processes will take time so, the new law has been allocated time to be fully implemented. Some sites will be blocked if they do not get approval. Mainly Loto-Quebec is targeting the most visited websites.

Blocking the unapproved sites will require the help of ISPs. These include some large corporations in Canada. They do not want to be involved in this burden because it may tarnish their publicity. Civil rights activists can’t help wondering whether this is the beginning of interference with open internet and free speech. An association of ISP companies took to the court, and they are waiting for the decision. If this law is implemented, it will be a long process before operations are smooth. Change always faces resistance.