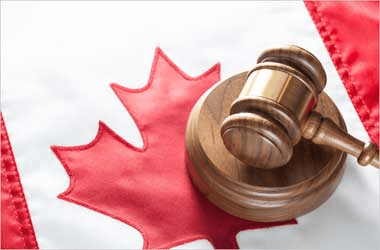 Gabrial de Albais, the Executive Chairman for Gateway Casinos, is meeting with investors to see if he can make an agreement for a sale-lease back for three properties he has to offer them which is totaling $378 million dollars. These real estate investment opportunities are located in the fashionable city of Vancouver, Canada and seem to be an interesting proposition for companies who want to purchase a great opportunity in that growing market.

The investors, who are expected to sign the deal in late 2017, are from North America and Asia and seem to be quite motivated. One of the important discussions it seems, although not disclosed by Albais, is to review monetizing the portfolio of the real estate properties in question to local and international contractors and developers. This would be a worthwhile proposition for both sides as the Vancouver market is flourishing into an important real estate haven for locals, as well as international investment companies and individual participants.

The properties within this particular investment that are to be developed will include an exclusive Asian marketplace, as well as entertainment channels such as movie theaters, some hotels, and unique apartments. These sites will be able to accommodate any gamer who will be visiting the area on a regular basis.

According to Alba there are several interested parties who may get involved in this project. One of them seems to be a company located in British Columbia by the name of Burnaby, but no one has confirmed that. Alba also stated that the Gateway properties have grown from 9 to 28 within almost a year and with an EBITDA or earnings before interest, tax, and depreciation and amortization amount in the figure of $253 million Canadian Dollars.

Gateway, in 2010, was purchased by The Catalyst Capital Group; a Toronto-based private equity business firm, who also stated to a news agency, that there was also some interest in investment from European companies for the new sale lease-back deal.

Important to note that The Catalyst Capital Group reduced Gateways debt and was able to find $200 million Canadian Dollars for the Gateway Casinos and Entertainment company, and debt was shrunk by $1 billion Canadian dollars.

On another side note, according to Tony Santo the Chief Executive Officer, Gateway may offer an IPO (Initial Public Offering) depending on its market expansion in Ontario. This would also help other projects Gateway may have lined up for developmental expansion opportunities within British Columbia.