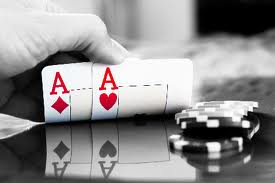 Many businesses are being hacked these days with ease, allowing hackers to steal client or employee information. This information might include names and addresses, account numbers, bank account information, credit card numbers and the like. Cowboy’s Casino in Calgary is one of the most recent victims of hackers.

A little over 14,000 patrons and staff of the company were hacked in 2016. Now, a year later, this information has shown-up online. It was accompanied by a note, claiming that the casino had ignored earlier warnings about the weakness in their system.

An interview by David Gerhard, a computer science professor, reveals that this could be a do-gooder who just wanted to expose Cowboys Casino’s vulnerability in an attempt to get them to correct it. If what is known so far plays out, the hacker could be trying to simply protect clients of the firm.

When asked how common it was for a casino to be hacked, Gerhard explained that it really doesn’t matter what the company does, hackers simply run programs that look all over the Internet to find systems with holes in them. They could be any type of company.

What to Do if Your Information is Hacked

If you suspect that your personal information has been hacked like those at Cowboys Casino, you can change your security questions on your casino account, as well as your bank account and any other account that might be damaged by the hack. If you have used the same password on any other accounts, you need to change those passwords also. It is a good idea to change your security questions as well.

As in the case of the Cowboys Casino hack, most law enforcement agencies are too burdened with other more damaging crimes to spend a lot of time investigating hacking crimes. Most hackers know how to hide their finger prints anyway, so police would likely not have much luck identifying the hackers. If they live in another country, law enforcement would have no jurisdiction over them in another region of the world.