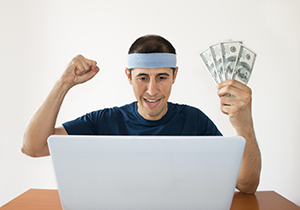 As any sports fan that is worth their salt knows rivalries are a huge part of what makes sports interesting. Whether the rivalry is between college basketball teams like the Blue Devils of Duke University and the Tarheels of the University of North Carolina at Chapel Hill or formidable boxers like Manny Pacquiao and his opponent Floyd Mayweather Jr. Good rivalries can make sports more exciting for fans by building up the anticipation to the big game or a high profile fight between boxers.

It turns out that sports teams and athletes are not the only ones that can have bitter rivalries. It turns out that businesses can have them as well. Take FanDuel and DraftKing for instance. Both of these companies operate in what is known as the daily fantasy sports industry. FanDuel allows its customers to assemble fantasy teams in sports leagues like the National Football League, the National Basketball Association, Major League Baseball and the Woman’s National Basketball Association. DraftKing offers similar services. Both companies are the largest players in the daily fantasy sports sector which ended up leading to them developing a rivalry.

According to the technology publication Recode the companies held a strong sense of dislike for each other and even ran commercials against each other that was a testament to their rivalry. But unlike many other long-running rivalries between basketball teams or between national football teams these companies eventually resolved their beef and did the unthinkable, they decided to merge. According to Recode the relationship between the chief executive officers of FanDuel and DraftKing have been tense.

That tension also reportedly extends to the relationship between the rival investors at both companies. What a merger would look like between two companies that were not always on good terms is anyone’s guess, but regardless of the level of risk that might come with initiating a business marriage with a formerly hostile entity the companies announced their intent to become one in the fall of 2016.

The fantasy sports world is not the only entity that is raising its eyebrows at their union. The United States Federal Trade Commission is scrutinizing the merger between FanDuel and DraftKing which, if allowed to proceed, would comprise 80 percent of the fantasy daily sport market. The United States Federal Trade Commission is concerned that the merger would dampen competition in the market. The companies were interested in merging because the services that they offer appear to be very similar. So while the peculiar business marriage might make sense for both companies it is up the FTC to decide whether or not it will be good for the future of the industry.