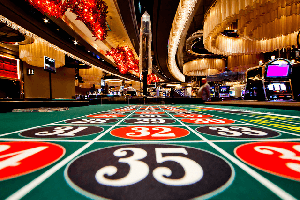 After a recent acquisition of a bunch of online gambling games from Gamesys, the company Intertain took the name of the most successful of these brands, Jackpotjoy. The purchase had a very positive and a very negative result for Intertain. The company, already huge in many other parts of the world, was by this purchase given the near monopoly of online gambling sites in England. Unfortunately for them there was also a very negative result.

As a result of this very expensive purchase, Jackpotjoy found itself struggling with its finances. After Intertain bought the entire company with its various brand names. The decision to take on the cost of a new acquisition so early in their game meant that all of the profit made that year was voided. In addition to the massive amount they had previously borrowed, they borrowed £150m to the end of buying the Jackpotjoy and Starspin brands from Gamesys.

In total, they borrowed £407m that year. Worse for the company is that a U.K. Tax next year on gambling sectors may include the bonuses. If this happens, this may hinder any further growth. Up to now, although there has been a tax on gambling, it has not included bonuses. The issue of taxes is a problem for the company in Spain as well. Although Jackpotjoy is growing in popularity in that country, it is not seeing any growth because of Spain’s incredibly high tax on gambling. So basically it is not an issue of the company not rising and doing well as far as popularity.

Its bingo and roulette business is doing particularly well. The issue is increasingly heavy taxes on a company that may have spent more than it can handle. The returns reported in the first quarter of this year, for instance, have been positive with double-digit revenue gains reported. Some of its sectors saw as high as an 11% increase. Although Jackpotjoy is its flagship brand, Jackpotjoy Group now owns several other brands. These brands are doing well. Starspins and Botemania may be doing the best, with a 14% for the revenues of its Starspins and Botemania.

Its Vera&John online casinos also saw an increase of 13%. The increase has not been the case across the board, however, since The Mandalay bingo brand reported a 14% revenue decline last year.

But all of this increases, which were the vast majority, indicated a rise in customer satisfaction. And this was proven to be the case in customer surveys and online testimonials, with a reported rise of 15% in overall customer satisfaction. In April of this year, they reported record revenues. Because of its steady rise and because it is already huge, the future looks bright for Jackpotjoy.

Despite its present deep debt and money issues, CEO Andrew McIver is extremely confident about their future prospects. He just dreads the planned taxing of previously free bets. This taxing is supposed to begin around August of this year. The future of the company proves to be very interesting indeed.