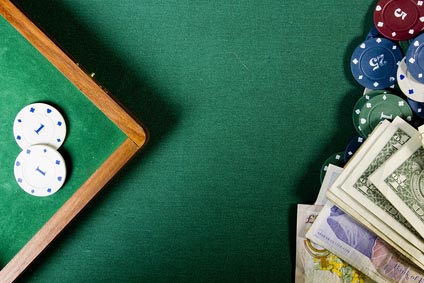 Four-time ring winner Scott Stewart led the Flight B field during the 2016/2017 World Series of Poker $1,675 main event at the Horseshoe Tunica in Tunica, Miss., on Saturday.

While 241 entries were in the first flight, the second flight was larger with another 369 challengers for a WSOP ring. That brought the Tunica main total to 610 in all. After two days of action, only 118 are left standing for a chance at a WSOP ring and the top prize of $192,152. A spot in the final nine guarantees at least $17,824.

In all, Flight B brought in more action given the rise in players, all hoping to last the full 15 flights needed to move on to the next day. Former WSOP champion Chris Moneymaker was knocked out late in Level 3, but with re-buys an option until Level 13, Moneymaker tried again with a fresh stash of 20,000 chips by the next level. However, he still didn’t last the day even on his second attempt.

Moore, who finished second the day before at a $580 event, continued his hot play in Tunica by amassing one the bigger stacks within the first few hours. Shortly after the dinner break, Kane Lai found himself in the chip lead followed closely by Moore. Eventually, Moore grabbed the chip lead when he doubled up through Otis Anderson when his small two pair of 2-4 beat out Anderson’s pair of kings.

However, Stewart eventually seized the flight lead from both Moore and Lai, briefly gave it up, but got it back near the end of the day.

Stewart has won a WSOP circuit event on four different occasions, starting with a small victory at the Harrah’s in San Diego in May 2014. He had a strong 2015 in picking up three WSOP rings, starting with a $365 event in Tunica two years ago. He would add two more small wins at the Bicycle Casino and again at Harvey’s in Lake Tahoe. However, his biggest payday was a $36,578 effort in August 2016 when he placed seventh in the Harrah’s Cherokee $1,675 main event in North Carolina.

He is prime position to eclipse that as a sixth-place finish in the Tunica main would net him his biggest individual payday yet.