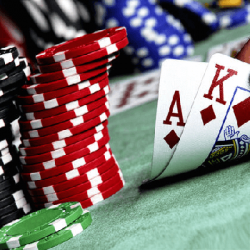 Back in 2015 the Internal Revenue Service began reviewing a proposal that was going to create a change in the way that operators are required to report earnings in relation to slot machines. The American Gaming Association was against the changes because they believed that the new policies would be difficult on operators. When the final regulation was recently revealed it showed that the tax report policies had been dropped out, along with some other changes that were also being considered by the IRS.

The mandate that the IRS was developing was going to add in electronic tracking for players to make it easier to see how much is being bet and earned by the casino. Along with that, there was also going to be a change in the maximum amount a player could win from a jackpot without having to report it, lowering it down from $1,200 to $600. Both of these proposals have also been stricken from the final regulation, and so this is a bit of a relief for both players and operators alike.

The American Gambling Association released a statement following the IRS’s release of the final regulation. They commented that many of the technical parts of the regulation that had been recommended by the AGA were included in the new policies. This included an optional aggregation method, a payee ID, as well as many other provisions.

There have been talks since 2016 between the AGA and the IRS to determine whether or not the new electronic methods of tracking players and the lowered jackpot reporting threshold should be put into effect. The main argument put forth by the CEO of the AGA Geoff Freeman was that it would end up costing the federal and state government money in order to carry out these heavy and burdensome new requirements, and wouldn’t be beneficial at all. This is a valid argument, as tracking every single player electronically as well as having to deal with reporting lower jackpot wins will cost more money to complete these tasks, which very likely would not be worth it. It would create more of a hassle and add costs to both the IRS and operators.

Freeman also announced that the AGA does look forward to continuing to work with the IRS and other federal entities in order to keep regulations modernized and put in full force protections for the millions of United States customers that use these services around the country.

The IRS occasional does reviews on certain types of businesses in order to ensure that they are properly reporting earnings and that regulations are modernized and keeping up with current technology and practices. With gambling being a gray area type of topic where there is a lot of change and regulation in effect, it is one of the most common industries that faces these types of reviews and constantly has new regulations put into effect that changes the way operators and players report to the IRS.