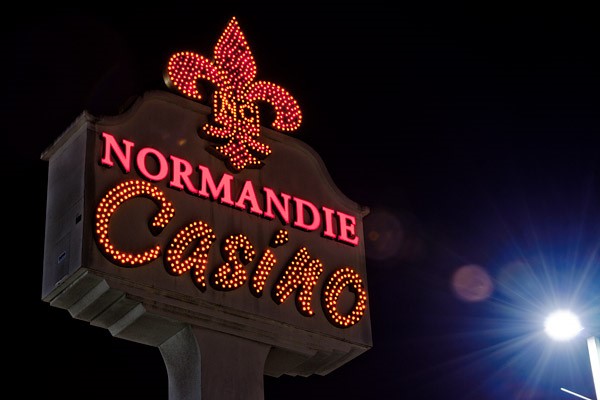 The previous owners of the Normandie Casino operation located in Gardena of California are facing a massive one million dollar fine after the casino had openly admitted that they violated the Bank Secrecy Act as they attempted to protect their premium customers from having to report their winnings to the IRS as dictated by federal law. As a result, the casino is being ordered to pay back the $1.4 million of unclaimed revenue as well as an additional $1 million fine for violating federal law. The casino was sold off to new owners back in July after it had plead guilty to the charges being pressed against them.

Normandie Casino is one of the longest standing casinos in California. They originally opened their doors back in the early 1940s and have been in business in the area ever since. The casino ended up admitting that they were not keeping records of many of the major transactions that were occurring in their platform during 2013, and were also not using any policies or programs to prevent money laundering through their services. The biggest transaction that occurred during this time was when one customer won $1 million from another customer, and the casino did not report this occurrence to the IRS and protected the identity of the winner so that they could avoid paying taxes on it.

Anthony J. Orlando was the special agent that was responsible for the investigation on the casino. He stated that the fines that the government was imposing on the casino shows that the government is serious about enforcing IRS federal laws and preventing money laundering. VIP winners will not be allowed to hide their earnings and won’t have their identities protected to prevent collections. As per law, casinos have a requirement to gather information regarding the winner’s proof of identity, their social security number, as well as any living addresses the person can provide for anyone who takes a payout of over $10,000 from a casino.

The way that many premium players were able to hide this information was by instead taking out their money from the casino in smaller transactions that were below this limit. The allegations placed against the casino also called out that the casino was not using proper techniques to monitor the transactions that were occurring with its platform.
Money laundering is considered a serious crime in the United States and faces harsh criminal penalties.