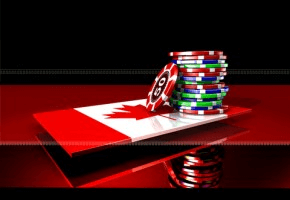 Canadian gamblers are spending far more gambling with off shore betting companies than with local Canadian government run operations for one simple reason, Value. The Canadian offerings in gambling do not cater to the interest of the gambler and don’t come close to matching the payoff that a bet off shore can bring them. So it has become an epidemic that money is being bet off shore, where the government gets no part of it.

Wagering on a single contest or game in Canada is illegal, but you can bet what is called a parlay. This involves choosing the winner in two or more games. The payout is higher but the odds of winning are longer. If one team loses then you don’t win. This takes away the chance to bet on single games and the payouts received in Canada are lower than off shore. A great example is a three game parlay for $50 would return $250 if you win, giving you five times your investment. Off shore the exact same bet will net you $300. This seems to be a very simple choice for the gambler to make.

Variety is also provided as well. A patron of off shore gambling can choose single games for wagering just like in a Vegas Casino. Having that kind of freedom and higher payouts leaves the serious gambler with few reasons not to gamble through an off shore operation. It is estimated by the Canadian Gaming Association that nearly $4 billion is being spent by Canadian gamblers off shore each year and the number is growing. The total being wagered in Canada is about $500 million which pales in comparison to the off shore totals.

The Canadian government has a real concern for this process because gambling and lottery proceeds provide a significant amount of funding for the government and many programs including healthcare, government services and road repair. With more money going to off shore sites that means the government is getting a smaller and smaller piece of the pie. That has politicians concerned. One group sees that changing the gambling laws and offerings of the provincial government is going to be one great way to bring more money into the system. Making a simple legal change would allow for more money in the country. However, others, with a concern for the health of the person gambling in mind are not sure adding easier methods for gambling is a good option.

The bottom line is that gambling is not going to disappear any time soon. It is only going to grow in popularity. The government can be proactive and put some simple controls on the process while allowing more popular gambling options to the players. Or they can be reactive and see their money continually flow out of the country into off shore gambling locations, which pay no part of their take to any government. Politically there just aren’t a lot of politicians who are willing to stand up for gambling, even though there seem to be a plethora of reasons to do so.