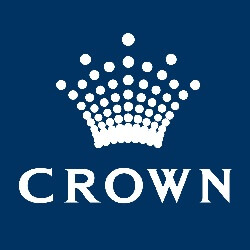 According to Sydney Morning Herald, Crown Resorts is looking to raise funds to complete its Alon Las Vegas Resort by selling off some of its equity in the project. It currently owns 73 percent, and wishes to reduce that to 45 percent.

Larry Gandler of Credit Suisse reported that in a research report last December. According to the gaming analyst, the stock market problems in China were reducing investor interest in Alon Las Vegas. Las Vegas Review-Journal reported on Gandler’s findings at the time. Crown Resorts is an Australian developer of casinos. They were seeking to sell the equity in China, so the economic challenges in that country, in both the stock market and value of their currency, has probably increased the difficulty of finding investors for a casino in Las Vegas that won’t open for at least two more years.

Apparently, there has been no significant change. The Herald’s story said Crown wished to raise $1 billion through the sale to complete construction and get the casino open for business. It’s currently scheduled to open in 2018, but that may be delayed beyond that year if Crown cannot raise the additional capital. Alon Las Vegas aims to redesign the casino experience to one that focuses on providing a more intimate experience. The casino area will actually be the smallest of the resorts entertainment areas. More space will be devoted to the ballroom and the swimming pool. And the largest area will be the luxury retail shopping venues. According to the team developing it, the atmosphere in the city has been changing, and no other casino has yet addressed those changes.

Crown says raising more money is not urgent. The land continues to grow in value every year. Crown is continuing to pay for design work and for the necessary permits. They are negotiating on construction contracts. In July last year, Alon Leisure Management LLC requested approval from Clark County for the various land and permits. The site once contained the New Frontier, but it is now a vacant lot.

A group of investors acquired the 5-acre site in July 2014. They include Andrew Pascal, who is a former executive with Wynn Resorts, Oaktree Capital and James Packer, an Australian billionaire. Through his private investment firm, Packer own 5 percent of Crown Resorts. They recently opened the Studio City complex in Macau, which cost $3.2 billion.