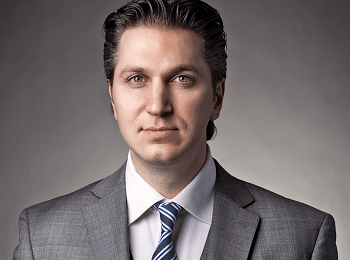 Things are moving quickly for David Baazov and PokerStars. It was only one month ago, on February 1, 2016, that Baazov announced his offer to purchase the out-standing shares of Amaya Corporation, which owns and operates Full Tilt Poker and PokerStars. It is becoming evident that Baazov was holding his cards very close to his chest when on February 26, 2016, Amaya Corporation announced that it had successfully negotiated the return of PokerStars to the online New Jersey network effective March 21, 2016.

There is no news, as of yet, of the impending Baazov buyout of out-standing Amaya Corporation stock. However, one can conjecture from Baazov’s history that there is something very elemental in the wind.

David Baazov originally purchased PokerStars and Fill Tilt Poker from the Rational Group during the early months of 2014 for $4.9 billion. At the time, Amaya, the company of which Baazov was the President and CEO, was only valued at $2.5 billion. Speculators laughed at the possibility of a lower valued company purchasing such a high-value product. Normally, it would be impossible to create the leverage needed to accomplish such a task. Undeterred, Baazov somehow convinced the Blackstone Group to loan him a large portion of the purchase amount at a favorable rate. The rest is history.

Baazov was banking on the fact that he could do what the former owners of PokerStars could not—reenter the United States online gambling market. The former owners, hampered by US officials who denied their return due to perceived criminal activity, willingly sold a product that was netting a profit $450 million per year for a bargain price. With the product in hand, Baazov then offered to purchase all the remaining Amaya Corporation stock, trading at $18.50 per share for a higher price of $21.00 per share, actually giving the owners holding Amaya Corporation out-standing stock a 12% profit overnight.

It is not immediately clear how much Amaya Corporation stock Baazov was able to collect. Undoubtedly he was able to reclaim enough to assuage the same US officials that were so concerned about the participation of the former owners. Without formal agreement from US government agents, Baazov would not have been able to approach the New Jersey gambling board with a request for reinstatement. Now that agreement has been made; gamers can enjoy the best rated online poker game suite available in PokerStars.

Though the platform is subject to testing by the New Jersey regulators, there is little doubt that PokerStars will be available on March 21, 2016. How much activity will this generate for Amaya Corporation stock? That question remains to be answered. How much profit will PokerStars generate? The answer to that is that the amount will certainly be more than the $450 million profit that it yearly enjoys without being in the New Jersey gambling market.

With the addition of virtual table games and slot machines, PokerStars has become the premier of online gaming opportunities. What will this mean for Baazov? Only time will tell, but the probability of large profits from this gamble are very high.