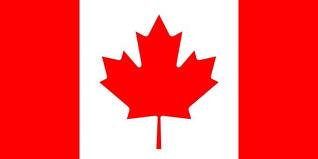 Last week, local Canadian news media published reports stating that the province of Nova Scotia is contemplating on regulating online gambling within its jurisdiction. Accordingly, the Honourable Michel P. Samson, the Minister in charge of overseeing the implementation of the province’s Gaming Control Act, confirmed that the provincial government is currently conducting research that would give them a better understanding of regulated online gambling.

CBC Canada though pointed out that the Minister was vague about the authority of the province to introduce measures that would see to the regulation of online gambling in Nova Scotia. The report conveyed Minister Samson’s views that the first agenda is to gather sufficient data that would give the NS provincial lottery corporation and the Atlantic Lottery Corporation a better sense of the steps that have to be taken, including knowing how many Nova Scotians are in fact participating in Internet-based gambling and of any concerns presented by such activities.

The online gambling research initiative is an undertaking of the Nova Scotia Provincial Lotteries and Casino Corporation (NSPLCC) in collaboration with the Department of Health and Wellness. Reports have it that the NS provincial government is spending as much as CA $100,000, to carry out research seeking to collect data about online gambling within Nova Scotia.

Bob McKinnon, the President, and CEO of the NSPLCC was quoted by news reports as having stated that as many as 10,000 surveys will have to be completed. The survey Is ongoing and being conducted by a professional Canadian research group called the MQO Research.  The research company is carrying out telephone surveys involving Nova Scotians willing to provide details about their online gambling activities and habits.

The target date for the completion of the online gambling research is by the end of December; after which, it will take another six months for the analysis of the data gathered. The NSPLCC CEO explained that the research work would give the Nova Scotia government, better understanding of whether online gambling pose as a serious problem in the province. The surveys will give them insight about the games played and the money spent online, as well as the gambling behavior of Nova Scotians. The objective of which is to determine measures that the province will have in place in regulating Internet gambling in its jurisdiction.

The Manager of Communications at the NSPLCC, Stacy O’Rourke added that data gathered from the in-depth research will help them determine if there are any problem gambling concerns that need to be addressed, as well as give them an idea as to how many in Nova Scotians engage in online gambling. Conveyed via email message, Ms O’Rourke stated that as part of the Responsible Gambling Strategy implemented by the provincial lottery corporation since 2011, they have been focusing on social measures and on the impact of online gambling on the health of the key population as well as on the economy.  She added that the survey questions delve mainly on the type of gambling activities engaged in over the recent past year, focusing mainly on Internet-based gambling.