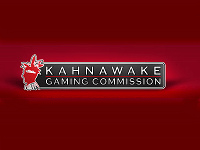 Intertops Casino player Donovan A. loves playing at local casinos because of the actual thrills and excitement that only a live environment can bring. Yet when it comes to playing poker and his favorite slot games, he prefers playing at online casinos, because he believes that the odds of winning online are better. Call it instinct or what, but it proved to be true for Donovan a few days ago. The lucky customer of the Kahnawake-licensed Intertops Casino played Let ’em Ride poker and its progressive game feature, and went on to win over CA$300,000 before the night was through.

Yet Donovan says it is all luck since he plays with Let ’em Ride only occasionally — just to know how the game is played. Donovan said he felt luck was on his side when he saw the three cards dealt in front of him. The fortunate Intertops Casino player jumped out of his chair after seeing that his cards had won him CA$120k. Still feeling that he was running a lucky streak, Donovan A. made the most of it by getting into the game’s network progressive feature. In no time at all, he won another substantial amount, this time CA$182,000.

Although Donovan decided to quit while he was still ahead, it was only as far as playing online was concerned. After all, the win called for a celebration and what better place in which to celebrate his good luck than at his favorite local casino. Perhaps, it was Donovan’s way of showing that his idea about the odds being better at online casinos is true. According to Donovan, the local casino dealers got lucky too because he gave them generous tips.

Let ’em Ride is a poker game variation. Playing it online follows the same poker rankings and game mechanics of aiming for tens or better cards. Here, players will be placing bets mainly on the strength of their cards, and not pitting his hand against the cards of other players or that of the dealer’s.

Three cards dealt face up will serve as the player’s hands, while two community cards are dealt facedown for use of all players seated around the table. A Let ’em Ride player places three bets of the same size, for three rounds. As the three cards are dealt and its value seen by a player, he has the option to let the bet ride, to raise his first bet, or to pull it before the first community card is revealed.

On the second round, a player has to make another decision whether to let his bet ride, to raise it, or pull it before the second community card is revealed. After which, the three cards, and the two community cards will be assessed for ranking and value, while the equivalent payout determined by the total or remaining bets on the table.

A player can opt in to play Let ’em Ride ‘s progressive game, with which a player places a side bet in order to qualify one’s play in winning the Let ’em Ride pooled prize.