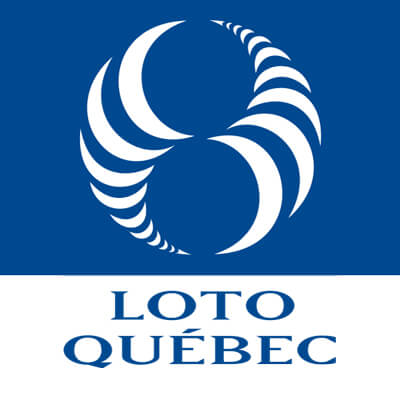 Quebec’s lottery and gambling operator Loto Quebec has announced that the provincial crown corporation has posted increases in both gross revenues and net earnings in the first quarter of the 2014-2015 fiscal year. Overall revenues realized from April 01 to June, 29 2015 reached CA$860.5 million equating to about 0.9 percent (.09%) growth. Still, despite minimal increase in gross revenues, Loto Quebec posted CA$298.7 million in net earnings, denoting growth of 2.06 percent based on year-on-year comparison.

The positive results were achieved mainly because the lottery corporation followed a more rigid resource management approach that made it possible to reduce overall expenditures by CA$9 million. This meant that the lottery firm was able to bring down by 3.7 percent, the costs incurred to generate profits.

Moreover, Loto Quebec’s bingo and land-based gaming halls, performed positively, as the bingo sector posted growth of 40.5 percent and the gambling halls, 34.2 percent. However, it was noted that the video lottery network did not contribute to the positive results but instead had eroded gaming hall profits. The video lottery gaming business suffered a 1.1 percent decline in profits, since smaller establishments such as bars and brasseries, likewise experienced a decline in customer patronage.

Even Loto Quebec’s land-based casinos contributed net earnings higher by 6.4 percent compared to the previous year’s results for the same period, and despite a slight decline of 2.2 percent in gaming turnovers.

The financial results of Loto Quebec’s gaming website, Espacejeux.com, showed a strong performance. The dotcom site generated revenues, much higher by 27.4 percent when year-on-year comparisons are made. The current results gave confirmation to the rising trend manifested by the online gambling facility during the previous three quarters.

The continuing decline in land-based gaming hall activities, and the corresponding increase in online gambling participation, is indicative that more and more Quebecans are using the Espacejeux.com site as alternative to land-based gaming. Apparently, Internet-based gambling has become a more popular choice among Canadian casual gamblers.

According to Loto Quebec, they started out in the first quarter period of fiscal year 2015 on a good footing through increased lottery sales, which contributed 3.3 percent revenue increment during the period.  The rise in lottery sales was explained as mainly due to the greater number of winners and huge amounts offered as jackpot for Lotto Max draws. Based on Loto Quebec’s records, the provincial lottery corporation paid 27 lottery winners for prizes starting at CA$ 1 million or more during the Q1 period. The condition more than doubled the 11 winners who received similar prize amounts in the same period.

Loto Quebec is happy to note that the positive trend experienced in the first quarter has so far extended up to July 2015, therefore creating another good start for the second quarter. Compared to last year’s figures for the same period, Loto quebec’s Lotto Max and Lotto 6/49 sales are already higher by 88.9 percent and 15.6 percent, respectively.

Quebec’s provincial lottery corporation plans to further improve, as well as diversify all entertainment offerings but with a view to producing better results by optimizing its resources.