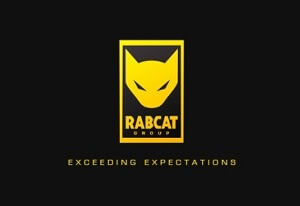 Rabcat Gambling has truly come of age in the games development field as demonstrated by the superb quality of its latest premium game releases. The “Dragon’s Myth” for one maintains the visually entertaining quality of a movie-like cartoon animation, enhanced by a presumably, original film score as audio background. It brings the look and feel of modern slot games that attract today’s generation of real money online slot players.

A fearless young girl is the main character, portraying the game’s dragon slayer and representing the base game Wild Symbol. Any Canadian slot enthusiast knows that Wild Symbols are great compensation-boosting features, since their substitution capabilities could help players make the most of their recreational gambling. .

A required number of Free Spin emblems appearing across the reels activate as many as 10, 15, or 20 free games. The “Dragon’s Myth” Free Spin Round is actually a portal to the exciting special features of the game, which include additional free spins, pay-both-ways payout scheme, and FIXED WILDS that could unlock huge wins.

A “Dragon’s Myth” slot player can strategically place the FIXED WILDS before the second level of the Free Spin round kicks off. An interactive portion of the game allows a player to select a specific spot on reels two or four. The selected spot will then be the reel-position on which the two FIXED WILDs will stay throughout the duration of the free game.

This premium Rabcat video slot creation also boasts of the Dragon’s Bounty reward, which the game awards to players through an innovative game play of capturing all four high-paying dragon symbols. In a spin outcome that lands a dragon symbol on a Virtual Cage located at the bottom of the fifth reel, that particular dragon becomes a player’s dragon catch. A portion of the Spin Button lights up, keeping track of the dragons collected, and eventually triggers the release of the Dragon’s Bounty cash prize.

Through Rabcat’s exclusive game distribution agreement with Microgaming, Canadian slot players are able to enjoy the premium game contents on the very day the games are deployed to Microgaming casinos powered by the Quickfire platform. The CEO of Microgaming Roger Raatgever, had previously expressed the company’s vote of confidence for Rabcat games’ universal appeal.

Thomas Schleischitz, the CEO of Rabcat considers the long-term game distribution partnership with Microgaming as one that would allow their premium game contents to reach greater audience. True enough, through the technical prowess of Microgaming’s Quickfire technology, operators of Canadian-facing online casinos are able to offer their Canadian customers immediate access to Rabcat’s fresh game releases. The Microgaming Quickfire platform delivers the game to Canada-based players by way of downloadable software, via Flash application or through modern HTML5 applications.