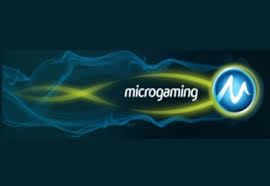 Last April 09, 2015, a Canadian Mega Moolah slot player experienced the most dumbfounding outcome, while playing with the Microgaming Progressive Jackpot slot at the Canada-facing Royal Vegas mobile casino. The game released a big congratulatory message, notifying the Canadian player that he won CA$7,562,019.94 of the Mega Moolah Progressive Jackpot.

Identified by Royal Vegas Casino by his online name of Mark A, the life-changing jackpot win was way beyond the player’s expectation. After all, Mark A is a new Royal Vegas member and has been playing via the online casino’s mobile channel for only seven days. Mark’s win is record breaking as far as Canada online casinos are concerned.

Ordinarily, the Mega Moolah progressive prize pool would have reverted to its guaranteed £1 million base value, as soon as the jackpot was hit. However, the slot is programmed to reset using British Pound (£) currency as value. Since Mark A is a Canada-based player using Canadian dollar as preferred currency, his jackpot winnings of CA$7,562,019.94 was equivalent to only £4,092,221.

Currency conversion from CA dollars to British pounds created a difference of £3,469,553, which denotes that this amount remains intact in the networked jackpot pool; still available to Mega Moolah players worldwide and still growing. As of this writing, the Mega Moolah Progressive Jackpot pool has already surpassed the £4 million mark and still progressing at a rapid pace.

The Head of Casino at Microgaming, John Quinn remarked that they have been anticipating the day when the Mega Progressive jackpot will be won, while watching its substantial growth during the past few weeks. Commenting on Mark A’s recent achievement as one of the highest winners via mobile gambling, he considers it an indication of how mobile gaming has become prevalent in today’s gambling industry.

About the Mega Moolah Progressive Jackpots

Mega Moolah is a 5-reel, 25-payline progressive jackpot slot from Microgaming. It offers four randomly activated progressive jackpots via a wheel-spinning game. In a Canadian-facing casino like Royal Vegas, the least-paying progressive bonus game is the Mini Progressive, which starts with a CA$10 base prize. This is followed by the Minor Progressive and the Major Progressive, in which the base amount of the pooled and continuously progressing jackpot is CA$100 and CA$10,000 respectively.

The highest paying is the Mega progressive bonus game that starts at CA$1 million base prize, the wheel spinning game that brought Mark A more than CA$7.5 million win. Depending on the Progressive Jackpot Bonus Game activated, the progressive jackpot at stake can be won if the wheel’s lone white segment lands directly next to the prize indicator, once the wheel comes to a stop. To keep players abreast of how much money is at stake as jackpot, the current value of the four progressive jackpots are presented by way of tickers at the top of the screen, showing the real time value of each of the four bonus-jackpot offerings.