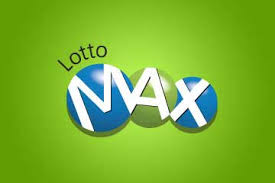 The failed voluntary-retirement program that cost British Columbia Lottery Corporation (BCLC) CA$25 million instead of the CA$20 million it had hoped to save as alternative to employee termination, is once again the subject of contention. It turned out that the BCLC had deducted a large chunk of the CA$25 million extraordinary costs from the 10 percent hosting fees received by all host municipalities.

Burnaby City’s Director of Finance Denise Jorgenson raised the issue through an inter-office memo dated January 28, 2015, addressed to the city’s financial committee. It contained information explaining how CA$19.1 million of the CA$25 million voluntary-retirement extraordinary expenses were deducted as administrative costs from the revenue shares of municipalities.

The memo took note that CA$19.1 million was initially allocated as extraordinary expenses of BCLC’s Casino and Community Gaming , Lottery and eGaming business division for the 1st Quarter of 2014, being the unit in charge of casino operations. Subsequently the division deducted the CA$19.1 million from the entire revenue share proceeds of all host municipalities by reflecting the amounts allocated as part of Administrative and Operating Costs, a standard corporate operating expense allocated quarterly to host municipalities.

A portion of the allocation table incorporated in the Burnaby memo, shows that the bulk of the CA$19.1 million extraordinary costs, totaling CA$14.5 million were allocated to Richmond, Burnaby, Vancouver, Coquitiam, Westminster, Langley, and Surrey.

The City of Richmond had the highest amount of additional revenue reduction at CA$4,744,559 (20.9 percent of the CA$19.1 million); being host to River Rock Casino, the province’s highest casino earner based on its net revenue of CA$343.2 million in 2014. The City of Barnaby came in second for having as much as CA$2,536,110 extraordinary deduction, as the Grand Villa Casino in Barnaby City, earned a total of CA$183.5 million in 2014.

To further support the analysis presented by the Burnaby memo, it included comparative quarterly reports indicating how administrative costs CA$25,466,731 during the 1st Quarter of 2014 was notably higher by around CA$2.5 million when compared to the previous CA$22,899,756 incurred in the 4th Quarter of December 2013. On the other hand, the city’s subsequent administrative expenses were likewise comparatively lower during the 2nd and 3rd Quarters of 2014 at CA$21,388,271 and CA$21,728,396, respectively.

Ms. Susan Dolinski, the Communications VP at BCLC asserts that they make changes that pose higher costs to BCLC and the province; such costs, including future cost savings will also be shared (by host municipalities).

However, David Eby, Member of the Legislative Assembly of British Columbia and the designated New Democratic Party (NDP) critic for gaming, asserts that the host cities are entitled to receive 10 percent of the net revenue generated by the hosted casinos. He added that the BCLC created an accounting entry that forced municipalities to shoulder costs not attributable to casino losses but are in fact costs resulting from a mistake committed by someone at the BCLC.

In a previous statement issued by Finance Minister Mike de Jong, the minister said that the government audit report that unraveled the CA$25 million voluntary retirement fiasco indicated and confirmed some significant failings within the Human Resource Management Section of the provincial lottery corporation.