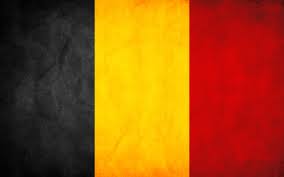 After successfully enforcing the amended Belgian Gambling Law by blacklisting non-Belgian licenced online gambling operators, the Kansspelcommis or the Belgian Gaming Commission (BGC) is now targeting operators offering free mobile gambling applications, including the major app stores from which the free apps can be downloaded. The Belgian regulatory body deems the offering of free mobile casino applications as one that poses problems, especially if the operator of the mobile facility has not instituted proper age verification measures.

Apparently, the BGC’s primary concern is toward underage gambling, but the BGC’s authority is confined to regulating games of chance that require the placing of real money stakes or wagers from participants. However, free mobile casino applications proffer free games of chance that make use of virtual or play money, and therefore not likely to qualify as regulated games of chance as defined in the “Belgian Games of Chance Act.” Albeit, the Commission is aware that real money purchases is involved when mobile app users pay for upgrades.

Lest the Commission is faulted for taking action against a concern that is beyond the realms of its regulatory competencies, the BGC is calling on other government institutions, particularly those tasked to safeguard the well-being of minors, to take the initiative in imposing restrictions against free mobile casino applications. The Belgian Gambling Commission aired its appeal via the national media, beseeching for the restriction of free mobile casino application even if offering social casino games.

The Kansspelcommis also directed its appeal to national mobile operators, for them to keep watch and scrutinize closely betting app advertisements targeting Belgian consumers. At present, the BGC is reviewing the marketing policies and framework governing the promotion of free mobile casino apps within the Belgian gambling market.

About Belgium’s Games of Chance Act

Unlike other countries in Europe, gambling in Belgium is not governed by a single, all encompassing gambling Act, but by several game-specific regulatory enactments, such as the Games of Chance Act. The Act describes games of chance as any game requiring a stake and the element of chance, even if such element is not predominant in the determination of the outcome of the game. In 2010, the Belgium Games of Chance Act 1999 was amended, and one of the major changes was the explicit regulations for online betting games and the related wagers.

The amended legislation contains a broad range of prohibition as it forbids not only the act of facilitating but also of participating in, and of advertising or recruiting for illegal or unlicenced games of chance. Moreover, the amended legislation introduced a closed licencing system that limits the number of available licence for online gambling operators, to which one of the licencing requirements included establishing a physical connection with a licenced real world operator located within Belgium’s territory. Without the required licence, acts of offering, advertising, recruiting as well as participating in games of chance are regarded as illegal.