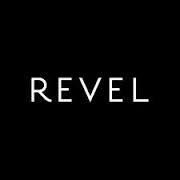 The bankruptcy auction proceedings for Atlantic City’s debt-ridden Revel Casino Hotel declared Toronto-based Brookfield Property Partners as the winning bidder, but the finality of the Canadian real estate developer’s acquisition bid, is still subject to a U.S. bankruptcy court approval. A matter that might not get off as lightly as hoped for by Brookfield, since defeated bidder Glen Straub, a Florida-based real estate developer, announced plans of going to court on Tuesday to file his objection over the outcome of the auction proceedings.

Actually, the auction sale proceeding for Revel Casino was shrouded with controversy, for which Straub’s lawyers had raised objections about the lack of transparency in the handling of the bidding process. The lawyers contend that their client was not given the chance to go over the bids of the last minute bidders, which included that of Brookfield’s initial offer of $98 million to top Straub’s $95 million bid price. However, Brookfield had raised its bid to $110 million after midnight of the Tuesday marathon auction session, which came with a condition that the offer is valid only up to 6 AM Wednesday.

Mr. Straub told the Wall Street Journal that the Revel Casino bankruptcy lawyers did not abide with the court-approved rules governing the auction proceeding, by allowing Brookfield to add a condition on its $110 million bid at a time of day when it was impossible for him to respond with a better offer.

Straub’s lawyers called Brookfield’s last minute offer an “extortionate bid.” Still, the condition to the last minute bid was already beside the point, since the Straub camp had already warned that if Brookfield’s offer prevailed over Straub’s, the matter would go to court due to the highly unusual circumstances surrounding the auction proceedings.

As a matter of procedure, the bankruptcy lawyers conducting the auction would have disclosed to all bidders, information about the qualified bids received before the deadline, in order to establish a common baseline for bids with different payment schemes. Straub was the only bidder during the months-long effort to sell the Revel property, but according to Straub’s attorney, the disclosure about other bidders was not made on the Wednesday when the auction started. The Wednesday auction was adjourned and reset to resume on the following Tuesday in observation of a Jewish holiday for that week.

Yet on the morning of the Tuesday resumption of the auction sale, Revel lead bankruptcy lawyer John K. Cunningham revealed through a filing of a declaration of potential conflict of interests that Brookfield, a client of Cunningham’s law firm, was among the bidders in the Revel auction set for that day. On the afternoon of that same Tuesday, a lawyer for the Official Committee of Unsecured Creditors also filed a declaration of potential conflict of interest, since the Committee’s law firm, also acts as a legal representative for Brookfield.

The developments prompted Straub’s lawyers to file for a motion requesting for copies of the other bids received by the Revel bankruptcy lawyers, and a request for the resetting of the auction on Thursday. Still, the auction resumed with a marathon session on Tuesday, with Brookfield making a final but conditional bid of $110 million after midnight, which Straub’s lawyers contend was made after their client Glen Straub, had declared himself out of commission for the time being.