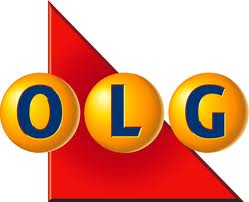 Controversy was spawned by the report submitted by the Ontario Auditor General last week, as the Ontario Lottery and Gaming Corporation (OLG) is being accused of having rigged its modernization plan to move the Thousand Islands casino to Kingston. According to Leeds and Grenville MPP Steve Clark and the local municipal officials of Gananoque and Leeds, the OAG report provided proof that Kingston was already a predetermined choice even before the modernization proposal was approved by the members of the provincial parliament.

In light of such accusation, the OLG through its spokesperson Tony Bitonti, declares that Kingston is up to now, not a sure bet. As far as their modernization initiatives for the East Gaming Zones is concerned, Bitonti asserts that the private operator chosen by the OLG has the prerogative in deciding the location; because whoever will be chosen will be putting up the capital and not the OLG.

The finality of the location as a choice depends on the host municipality as well, since the future private operator will have to seek approval from local officials and its constituency, in relation to property acquisition and building construction permits. Moreover, the final decision rests on the Finance Minister who has the power to veto the site of the new casino or an existing casino’s relocation site.

The OLG spokesperson said that there is a likely possibility that the potential operator will choose Belleville instead, since the city, which currently does not have a casino, has expressed its eagerness in hosting one. The situation in Belleville stands in contrast to Kingston, where there is a notable dissension about the proposed casino in its area, whether new or relocated.

Although the Kingston local council gave its nod for a non-downtown located casino in the city, the results of a referendum to be held in October 27 regarding the issue, will be the deciding factor if Kingston will still be in the running as a possible site. OLG Spokesperson Bitonti maintains that the crown corporation will remain committed to its promise of not moving into a community, in which the constituents are opposed to OLG’s casino modernization plans.

Tony Bitonti also emphasized that the matter of choosing a private operator to handle the operations in the East Gaming Zone will undergo a fair selection process. As of this date, the OLG is already in the stage of accepting Requests for Pre-Qualifications (RFPQ) from potential service providers who will act as gaming operators in behalf of the OLG. Qualified bidders will then present and demonstrate their respective proposals on how they intend to proceed with OLG’s modernization plan for the East Gaming Bundle. The OLG hopes to come out with an announcement of their chosen bidder by early 2015.

As a note, the current Chair of the Liberal Cabinet, MPP  John Gerretsen was once a mayor of Kingston while his son Mark Gerretsen, is the incumbent mayor of the city. Their close relationship and the fact that the Liberal Cabinet approved OLG’s modernization scheme, have somehow fueled suspicions that the OLG entered into a secret deal that favors the Kingston area.